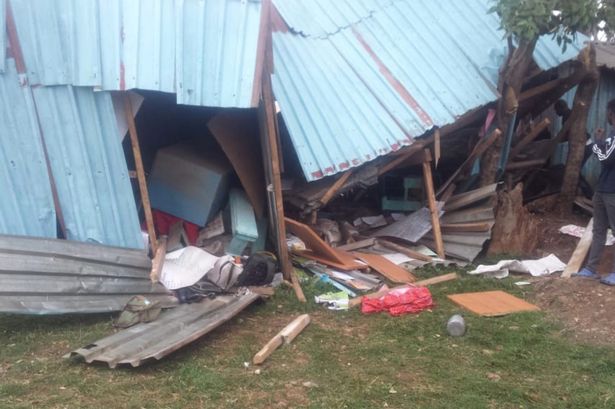 Seven primary school children died and dozens more were injured when their classroom collapsed this morning in the Kenyan capital Nairobi, a government spokesman said.

“So far we can confirm that we have seven fatalities and 57 others are in hospital,” government spokesman Cyrus Oguna said at the scene.

Hundreds of angry residents of Dagoretti — a poor area where many live in makeshift houses — swarmed around the site where rescuers picked through the rubble of the classroom.

An AFP reporter at the site said books and desks were strewn through the debris of the semi-permanent structure, made of concrete, iron sheeting and timber. The structure had been partly raised up to add a storey.

The building collapsed shortly after seven am as pupils entered the classroom.

“Seven pupils dead, several injured after a classroom collapsed at (Precious) Talent Academy in Dagoretti,” St John Ambulance — whose rescuers were involved in the search and rescue — wrote on Twitter.