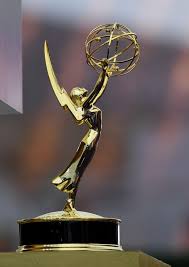 'Breaking Bad' star Bryan Cranston opened the Emmy Awards on Sunday with a tribute to television's so-called golden era, as 'Game of Thrones' and 'Veep' take their final tilts at glory.

Cranston appeared on stage after a comedy skit which saw a cartoon Homer Simpson introduced as "host" -- and quickly crushed by a falling piano.

The long-running HBO smash hits helped the premium cable network raise the game for the small screen -- with 74 Emmys between them, they are among the most decorated shows ever at television's answer to the Oscars.

Both hope to add to their record hauls before they bow out at the glittering gala in downtown LA's Microsoft Theater.

While the divisive final season of 'Thrones' enraged many fans, it is the Television Academy's 24,000-plus voters who get to choose the winners.

There is an "overwhelming" chance the blood-soaked fantasy epic will land the top drama series statuette, according to Pete Hammond, awards editor at entertainment news outlet Deadline.

"There was controversy over how it ended ... but that just shows the impact of this piece of television," he told AFP.

"I don't see anything in the category that can compare ... it's appointment television."

It needs three more statuettes to top its own record for most Emmys in a single season.

Nine of its stars -- including Emilia Clarke (Daenerys Targaryen), Kit Harington (Jon Snow) and Peter Dinklage (Tyrion Lannister) -- are in the running for acting prizes. They will all take to the stage as presenters too.

'Dagger in the heart'

Also on the star-studded list of presenters are Gwyneth Paltrow, Michael Douglas and Julia Louis-Dreyfus -- who won six straight Emmys as foul-mouthed vice-president-turned-president Selina Meyer in political satire "Veep" but lost out this year to "Fleabag" creator and star Phoebe Waller-Bridge.

It's back this year with a critically acclaimed final season.

If it can overcome stiff competition including 'The Marvelous Mrs Maisel' -- Amazon's story of a 1950s housewife-turned-stand up comic -- HBO could achieve a rare clean sweep of all three major program categories.

'Chernobyl' -- HBO's drama about the 1986 nuclear catastrophe -- is a hot favourite for the limited series prize.

It faces off against Netflix's "When They See Us," the searing true story of five New York teenagers wrongly accused of raping a Central Park jogger.

If 'Chernobyl' prevails, said Hammond, it will be "a dagger in the heart of Netflix," which despite hundreds of nominations has yet to win any of the top three program awards at the Emmys.

"The dominance of HBO this year -- they really could be setting a precedent," he said.

Another long-running popular show taking its final Emmys bow is "The Big Bang Theory," the throwback CBS sitcom about a group of geeky, young California scientists.

It only competes in one category, for directing, but its creators are unlikely to mind after all 12 seasons were purchased by HBO Max streaming service this week for a reported $500 million.

In the comedy categories, 'Fleabag' has its first -- and apparently last -- stab at springing an Emmys surprise.

Waller-Bridge won one of the first prizes handed out Sunday, for best comedy writing -- and then scooped the best actress award.

The British dark comedy acquired by Amazon was totally shunned by voters last year, failing to bag a single nomination, but its second season has grown into a phenomenon on both sides of the Atlantic.

Waller-Bridge has ruled out a third season, saying the irreverent BBC series about a self-absorbed young Londoner has come "to a natural end."

Other early winners in comedy acting categories were Tony Shalhoub and Alex Borstein, both for 'The Marvelous Mrs Maisel,' and Bill Hader for 'Barry.'

Television's A-listers hit the red carpet under sunny skies -- and in oppressive heat.

The text is a reference to a potentially landmark Supreme Court hearing about employment discrimination based on race, colour, religion, sex and national origin -- and whether that covers sexual orientation.