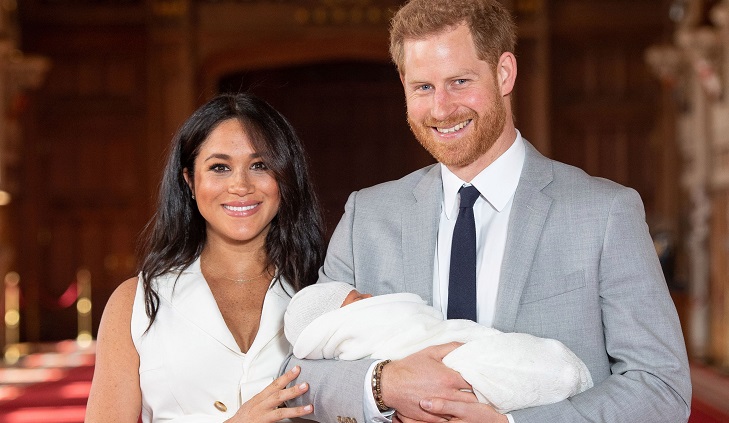 The Duke and Duchess of Sussex are scheduled to land in South Africa on Monday, bringing baby Archie along for their first official tour as a family.

Prince Harry, Meghan and their son will touch down in the coastal city of Cape Town for the first leg of their 10-day southern Africa trip.

The tour will begin with an education workshop in one of Cape Town's townships -- areas crippled by gang violence that sit just miles from the city's stunning beaches and rolling vineyards.

They will then visit District Six museum, a memorial to the forced relocation of some 60,000 non-white residents from the city centre during apartheid.

Harry, who has travelled widely across Africa, jointly founded the charity Sentebale in 2006, to help support children affected by HIV, after spending a gap year in Lesotho.

He and Meghan holidayed in Botswana at the start of their romance in 2016, and returned as a couple the following year.

For some in South Africa, the presence of Meghan -- a mixed-race American descended from slaves on her mother's side -- could make this royal visit particularly special.

Baby Archie, at less than five months old, will become one of the youngest royals to take part in an official visit.

The trip will also mark Archie's first major public appearance since his birth in May.

The duke and duchess have largely kept their son out of the spotlight, and some royal fans felt cheated when his christening was held privately.

He last appeared in public on the sidelines of a royal charity polo match in July.

The family is to remain together until Wednesday, when Harry will travel alone to Botswana, Angola and Malawi.

He will visit conservation and HIV prevention projects, and a cleared minefield in Angola through which his late mother Princess Diana famously crossed in 1997.

The duchess will remain in South Africa, where she will conduct various activities to raise awareness about women's rights.

She and Archie will reunite with Harry in Johannesburg next week, where they will complete the last day of the tour together and fly back on October 2.

Harry last saw Tutu in Cape Town in 2015, when he presented the archbishop with an honour in recognition of his services on behalf of UK communities and international peace.

Tutu and his wife have described their meeting with the royals, scheduled for Wednesday, as a "rare privilege and honour".

The family will be flying commercial after Meghan came under fire for using private jets several times during the summer.

Harry and Meghan said on Instagram earlier this year that they would be turning their "attention to the environment".