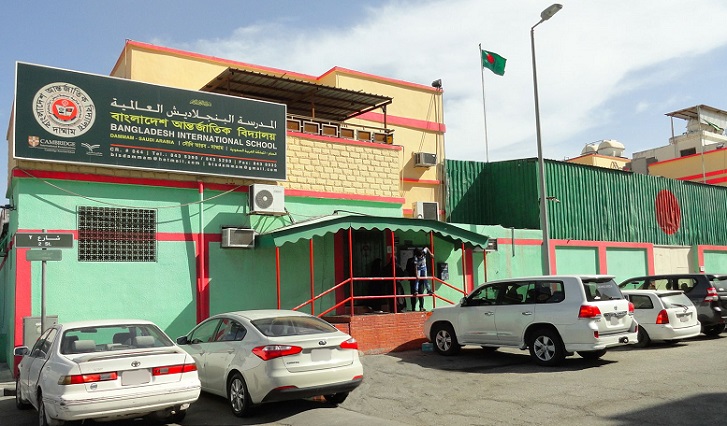 Bangladesh government is going to set up permanent Bangla medium schools in different countries of the Middle East to facilitate study of children of expatriates living there.

As part of the move, two schools will be established in Saudi Arabia and Bahrain in the first phases. The ministry concerned is working to this effect.

In phases, schools will also be set up in Jordan, Lebanon, Oman, Bahrain, Libya, Iraq and Brunei.

Ministry sources said that the cost of building the schools has been estimated at Tk 150 crore.

The Wage Earners’ Welfare Board at the Ministry of Expatriates’ Welfare and Overseas Employment will bear all the cost, they added.

Meanwhile, a four-member delegation went to Saudi Arab and Bahrain on September 10 to test the feasibility of the proposed schools in Saudi Arabia and Bahrain.

The construction work on the schools will start soon after the delegation submits a report within 15 days after the feasibility study.

During a visit to Saudi Arabia in June 2016, Prime Minister Sheikh Hasina ordered permanent establishment of the existing Bangla schools in Saudi Arabia through purchasing land.

She also asked the officials concerned to set up schools in other countries if land is available there.

The government also allocated Tk 13.86 crore to purchase a piece of land for a school at Dammam in Saudi

Besides, a decision was taken in principle to build a school in Bahrain involving the investment of the Wage Earners’ Welfare Board.

A delegation member, Shaikh Md Sharif Uddin, also deputy chief of the ministry, said, “Initiative has been taken to set up these schools abroad for children of expatriates on the prime minister’s instructions.”

The government has already released some Tk 13.86 crore to set up three schools in Saudi Arab.

Earlier in 2016, a Development Project Planning (DPC) was sent to the Ministry of Planning for establishment of nine schools in Saudi Arabia. The cost was fixed Tk 636.12 crore. The project tenure was set from January 2017 to June, 2020.

As per a feasibility study report, the DPP decided to establish four schools in Saudi Arab, Bahrain and Oman in the Middle East.

In June last, the government sought demand letters from Bangladesh embassies in 10 countries of the Middle East to set up the schools.

Additional Director General of Manpower Employment and Training (BMET) Tajul Islam told a meeting, “Prime Minister Sheikh Hasina gave clear instructions to set up a school at Dammam in Saudi Arabia. So, we can establish the school there Dammam experimentally.”

Joint Secretary Narayan Chandra Burma of the ministry said there are 1200 students studying in Bangladesh Community School in Bahrain. Bahrain government will cancel the allocation of school land if infrastructure is not set up by December this year.

Bangladesh community is operating eight schools in the Middle East following Bangladeshi curriculum and students are participating in public exams under Dhaka Education Board.

The education ministry will provide all kinds of assistance if the ministry for expatriates’ welfare sets up school there, he said.