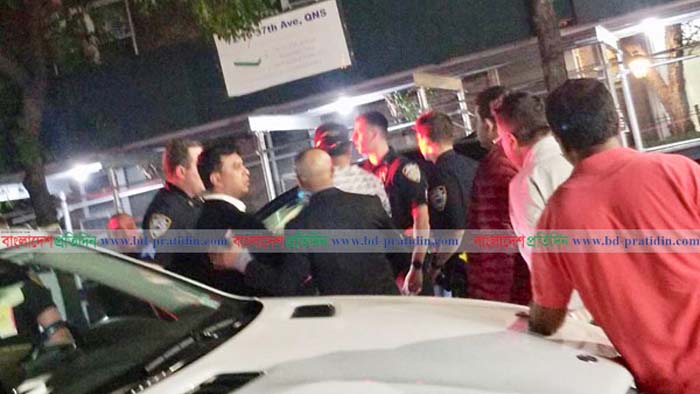 Meanwhile, Emdad Chowdhury secured conditional bail after being produced before the court.

NY police arrested two brothers in a case filed by another US Awami League leader Wali Hossain. Police have been looking for three more accused in that case.

According to case details, Wali Hossain was badly beaten in restaurant on September 15 (Sunday) night by some people. Wali Hossain got seriously hurt on the head and was admitted to the Elmhurst Hospital in the city after being rescued by police.

After taking treatment, he was released from hospital two days later.

“I put a status on my Facebook wall regarding this issue and that was my fault. On Sunday last Emdad Chowdhury along with some other people attacked me in a sudden while I was taking Tabarak at the end of a Grief meeting,” Wali said.

Zakaria Chowdhury, acting president of New York City Awami League, said that organisational action will be taken against Emdad Chowdhury according to the party rule after the completion of Prime Minister Sheikh Hasina’s New York visit.