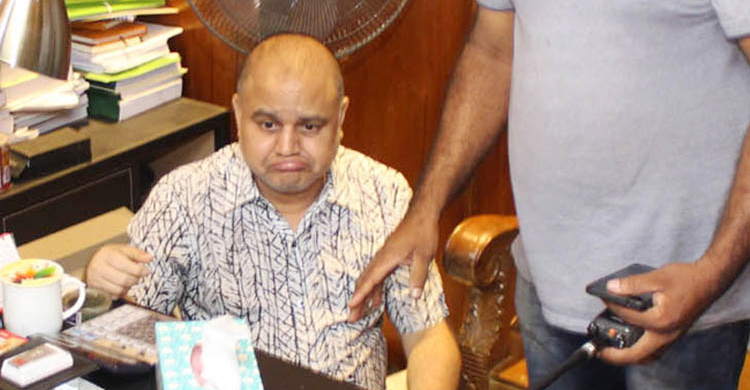 SM Golam Kibria Shamim, the top government-listed contractor, who was arrested on Friday and later placed on a 10-day remand on Saturday, offered Tk 10 crore as bribe to an official of Rapid Action Battalion (RAB) so that the law enforcers do not conduct raid and search operation.

RAB members surrounded the office of the influential contractor also known as GK Shamim at Niketan in the capital since Friday morning.

The raid was started when executive magistrate of RAB Sarwar Alam reached Niketan in the capital.

According to media report, the RAB officer did not agree to take the bribe proposed by GK Shamim. Rather, the law enforcers conducted a raid and seized huge amount of cash with FDR and foreign liquor from his office.

Lt Col Md Sarwar Bin Kashem, director of legal and media wing of RAB, said, “GK Shamim offered me a bribe of Tk 10 crore to avoid arrest and raid at his office. Ignoring his proposal, we conducted a raid at his office and arrested him along with his seven bodyguards.”