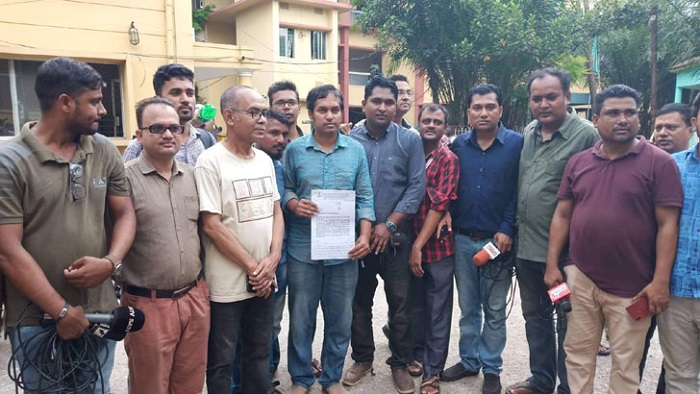 After being concerned over the arrest of a journalist by plainclothes men on Thursday night, the journalists of electronic media lodged General Diaries seeking life security with Kotowali police station of Sylhet Metropolitan Police (SMP) at a time around 1:30 pm on Sunday.

Leaders of Electronic Media Journalist Association (EMJA) of Sylhet had been contacting the branches of law enforcement agencies since after Bulbul’s arrest but they did not get any information about him.

Bappa Ghosh, president of Sylhet EMJA said that though there was a High Court’s prohibitory order over arresting in plainclothes, Sylhet district police have been exploiting their power violating the court order.

“Such unlawful act of Sylhet police makes us anxious about our lives,” he added.