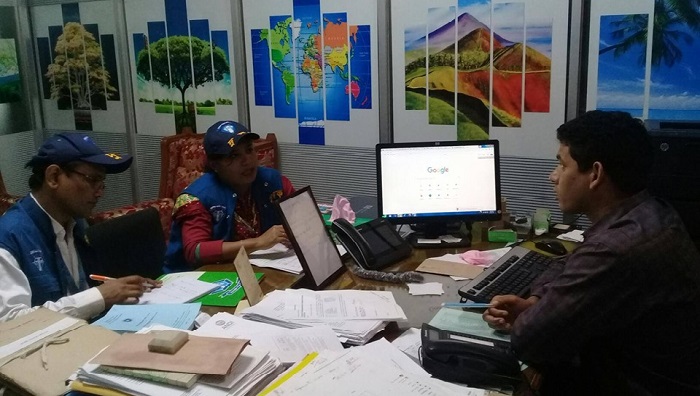 The Anti-Corruption Commission (ACC) on Sunday conducted a drive against irregularities at passport office in the capital’s Agargaon.

ACC through its hotline 106 received allegations that service seekers were facing harassment by few dishonest employees of the passport office.

During the drive, ACC officials found evidence of issuing two passports in favor of one person.

Later, ACC officials talked with the director general, director (admin) and system analyst of the passport office about irregularities.

Director (admin) informed the ACC team that they would form a probe body regarding the issue of the two passports for one person.

ACC also suggested the officials to take measures for its dishonest officials and employees to curb corruption.