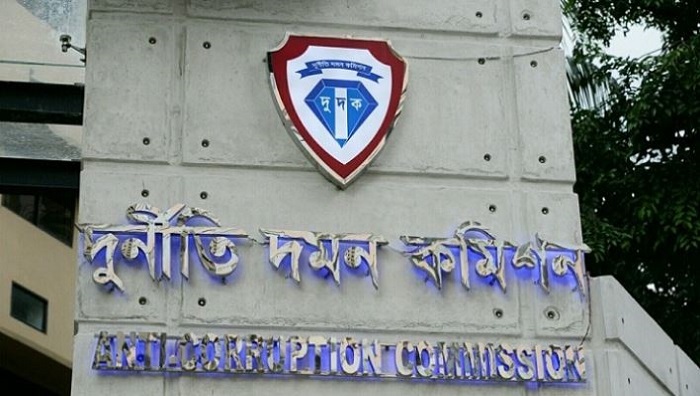 Khalilur Rahman, an employee of CDB retired from his job in 2012, but did not get full amount of his pension. After the death of Khalil in 2016, his son Farhad Hossain communicated with Anwar Pasha to withdraw the rest of around Tk 1.20 lakh.

But Pasha suggested for communicating with CDB cashier Ferdous. The cashier demanded Tk 40,000 bribe to get the rest of pension money.

Farhad forced to give Tk 10,000 to the two officials. But they again asked him to give rest of Tk 30,000 otherwise they will not give the pension money.

Farhad submitted a complaint with the ACC mentioning the matter. In consultation with ACC officials, the complainant went to the DAO office in Dinajpur at 3:30 pm to give money to them.

ACC officials caught Anwar Pasha and Ferdous red-handed while they were receiving Tk 30,000 from the complaint at the office.

A case was filed against the duo with ACC Dinajpur District office.