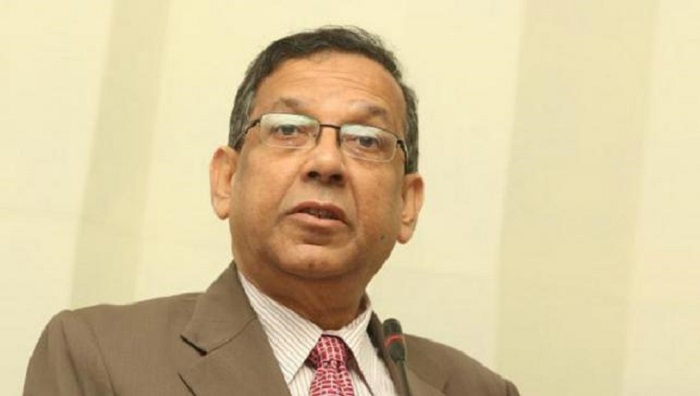 Law, Justice and Parliamentary Affairs Minister Anisul Huq said the verdict of a Canadian Federal Court has cleared the way of dialogue with the Canadian government over bringing back Bangabandhu’s self-confessed and convicted killer Nur Chowdhury to home.

“The verdict of the Canadian Federal Court is one step progress in the way of bringing back Nur Chowdhury. It also allowed disclosing Nur’s immigration status in Canada which was, earlier, closed by the Canadian government, saying that it was a shut case,” he told in an interview at his Gulshan residence in the city on Saturday night.

The Minister said: “We can now exchange information with the Canadian government and give correct documents if Nur had given any wrong information to the Canadian authorities. We will try to utilize this opportunity to expedite the extradition process of Nur”.

About the next step to bring back Nur, Anisul said the government is considering sending a letter to the Canadian government with the right information about Nur Chowdhury.

“We will continue our best efforts until we bring back Father of the Nation Bangabandhu Sheikh Mujibur Rahman’s killers Nur Chowdhury and Rashed Chowdhury. We will also try to bring back other four untraced killers,” said the minister.

“The Canadian government, earlier, used to tell us ‘There is capital punishment in your country. And you have already awarded him (Nur) that punishment. So, we will not handover him to you’. But we came to know that Nur was not given political asylum there rather his deputation was also postponed,” he added.

“Suspension of the deputation refers to sending back any people to his country. But Nur’s plea for pre-removal risk assessment (PRRA) had stopped the deputation process,” the minister continued.

The government requested the Ministry of Immigration, Refugees and Citizenship of Canada to share the information on what basis the PRRA was conducted, the Anisul said, adding, “But they refused to give any information on the ground that public interest will be affected”.

He continued: “They asked us to show our public interest in this regard. However, after their rejection, we lodged a plea with the Canadian Federal Court appointing a lawyer there. And in the verdict, the court said that the information sought by Bangladesh should be given”.

The court in its observation said, “Bangladesh’s application for judicial review should be allowed because the minister failed to give serious consideration to the public interest that would be served if the information sought were disclosed.”

Bangabandhu was killed along with his wife and three sons including 10-year- old Russel on August 15 in 1975 putsch. His daughters, incumbent Prime Minister Sheikh Hasina and her younger sister Sheikh Rehana, survived the carnage as they were abroad at that time.

Among them Rashed Chowdhury is staying in the USA while Nur Chowdhury in Canada. And remaining convicted killers are yet to be traced.