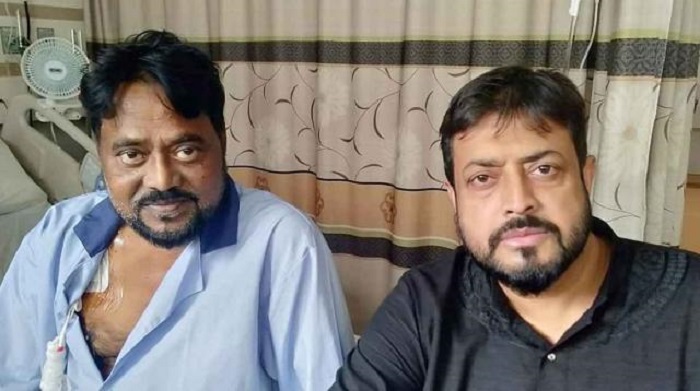 Popular cine music star and singer Andrew Kishore's first stage treatment started at Singapore General Hospital on Saturday as he is suffering from cancer, according to musician Jahangir Sayeed.

Actor Omar Sani, who is also staying in Singapore, went to visit Andrew and post some photos on Social media platform on Sunday morning saying, “Came to Singapore and won’t meet Andrew dada? He told me many things about his treatment. Chemo therapy has already been started and 18 more sessions will be there in next three months. Get well and come back home soon.”