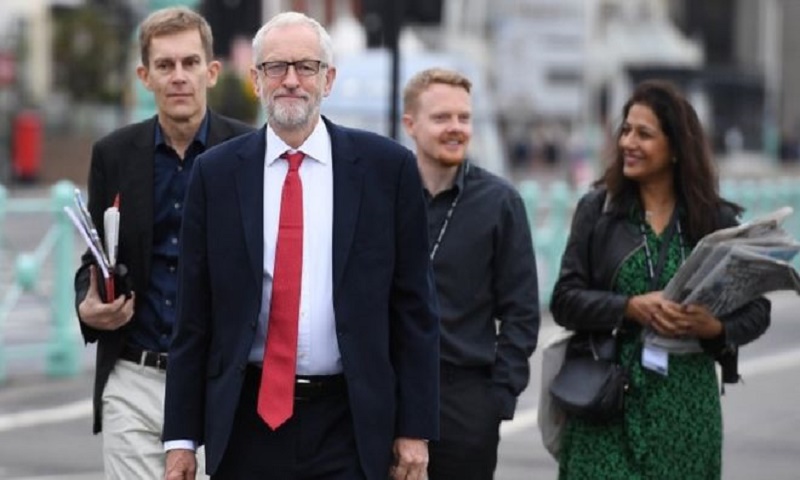 One of Jeremy Corbyn's senior aides, who wrote Labour's last manifesto, has announced his intention to resign.

Andrew Fisher, head of policy, will leave his job by the end of the year "to spend more time with his young family".

The Sunday Times claims Mr Fisher warned that Mr Corbyn would not win the next general election, reports BBC.

Mr Corbyn confirmed that Mr Fisher was leaving, saying it was a "very stressful and full-on job."

Mr Fisher is said to have revealed his intention to quit last week, according to a memo seen by the Sunday Times.

The newspaper reports that he criticised Mr Corbyn's team for their "blizzard of lies".

Mr Corbyn told the BBC's Andrew Marr Show, "I think he said that because he was extremely distressed at that point about whatever was going on in discussions within the office at that moment."

He plans to leave by the end of the year but says he will stay on should there be an autumn general election.

It comes after Labour's deputy leader Tom Watson called for unity on Saturday following a move to oust him at the start of the party's annual conference.

An initial attempt had been made at the Labour National Executive Committee (NEC) on Friday.

Mr Corbyn later suggested the role should be reviewed instead, and his suggestion was backed by the ruling NEC.

Mr Corbyn told the newspaper one deputy leader would be a woman.