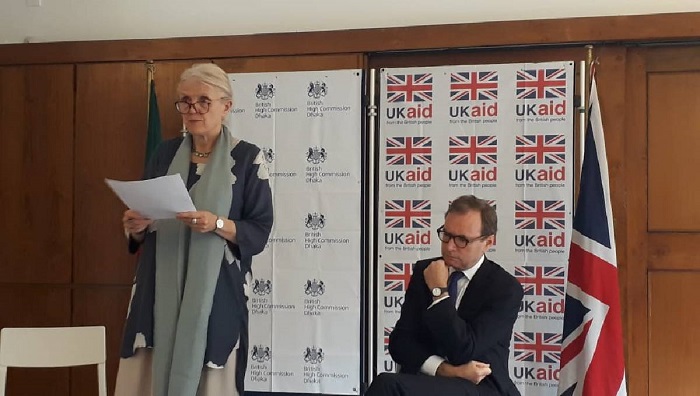 Over 20 million pounds is being made available to support development in the Cox’s Bazar to mitigate the economic and environmental impact the Rohingya crisis is having on the local communities.

The UK said it is working to ensure that the international response benefits all the population in the district, according to British High Commission in Dhaka.

Bangladesh is currently hosting more than 1.1 million Rohingyas. Most of them fled here from their homeland in Myanmar’s Rakhine State after the military launched a brutal offensive targeting the mainly-Muslim ethnic minority.

Myanmar denies citizenship to the Rohingyas despite having lived in the country for generations and dubs them ‘Bangalis’ to imply that they are illegal immigrants from Bangladesh. State-sponsored discriminations against them stretch back decades.

The minority, which has often been the target of persecution, is one of the largest stateless populations in the world.