Iran warns foreign forces to stay out of Gulf, amid new US deployment 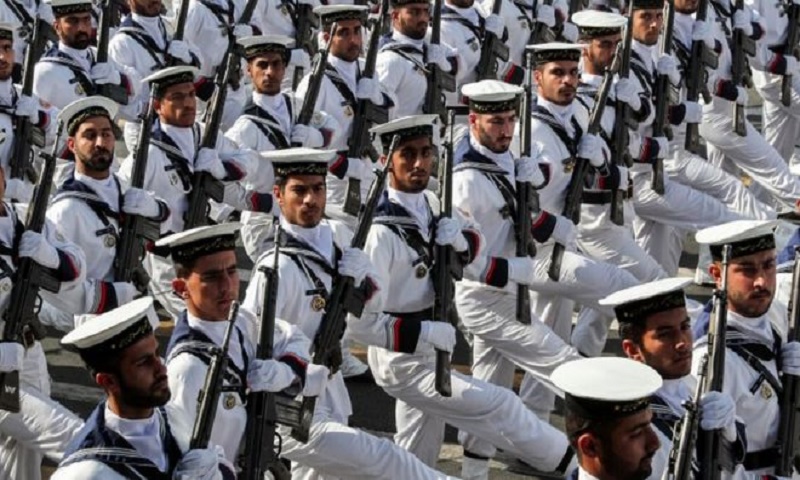 Iran's president has warned that foreign forces are threatening the security of the Gulf, after the US said it was deploying troops to the region.

Hassan Rouhani said foreign forces had always brought "pain and misery" and should not be used in an "arms race".

The US is sending more troops to Saudi Arabia after an attack on Saudi oil facilities both nations blame on Iran.

This year has seen continuing tension between the US and Iran, following President Donald Trump's abandonment of a deal aimed at limiting Iran's nuclear activities in return for the easing of sanctions.

The latest flashpoint was caused by drone and missile attacks on the Saudi oil facilities at Abqaiq and Khurais on 14 September.

Yemen's Iran-aligned Houthi rebels said they had carried out the attacks, but both the US and its ally Saudi Arabia - Iran's main regional rival - said Iran was behind them, something Tehran has strongly denied.

What has Mr Rouhani said?

He was speaking on the anniversary of the start of the 1980-1988 Iran-Iraq war, and alongside a series of military parades in Tehran and other cities.

"Foreign forces can cause problems and insecurity for our people and for our region," he said in the televised speech.

He called the deployment of such forces in the past a "disaster" and told them to "stay away".

"If they're sincere, then they should not make our region the site of an arms race... The farther you keep yourselves from our region and our nations, the more security there will be."

What about his peace initiative?

The president said it would be presented to the UN, which begins the main part of its general assembly in New York on Tuesday.

However, he gave no details, saying only that peace in the Strait of Hormuz could be achieved "in co-operation with various countries".