Veni, vidi, Rassie: He came, he saw, he persevered 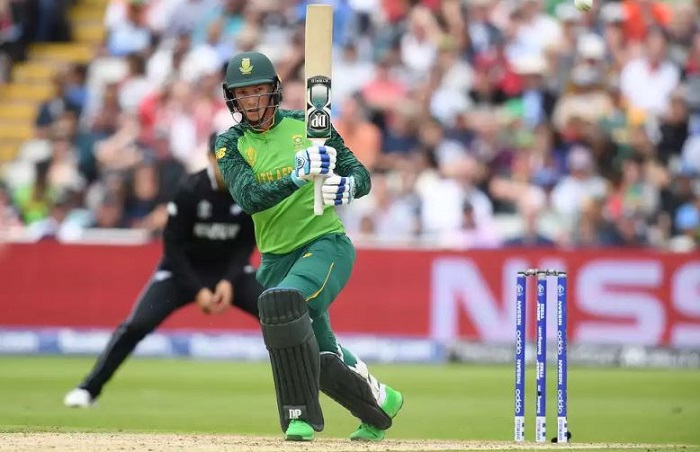 Rassie van der Dussen was only 20 years old when he packed everything in his car and just left.

He was looking for an opportunity, which right through his career have been few and far in between. He hadn't been offered a contract here by Northerns Cricket, a club he had represented for over two years with much success. Playing for the Titans was his ultimate goal at the time and a contract with Northerns Cricket was his only shot at it. Except that Northerns had no room for van der Dussen. It had for AB de Villiers, Faf du Plessis, Heino Kuhn, Jacques Rudolph and Pieter Malan, but not van der Dussen.

Van der Dussen moved to Potchefstroom, playing for the North West before slowly making his way into the Lions team. It would take him three more years to get a contract, leading to which van der Dussen had to do sidekick coaching jobs to pay his bills, "fend for himself" as he calls it. Lara Blignaut, his then girlfriend of a few months, even had to court questions from her family. Does your boyfriend have ambitions? Is he going to make a life for himself?

"There was never a time when I almost gave up. There were times that were just really disappointing but I never thought of giving up. I had to believe that it was going to happen for me," van der Dussen tells Cricbuzz. "A Northerns contract at 20 would have gone a long way in sustaining me, but maybe it was life's way of telling me that I wasn't meant to be there, that I was meant to move to North West.

"I am very loyal person and always wanted to play for the Titans. In hindsight, I think I would have continued to stay with the Northerns even when I wasn't offered a contract. When my dad suggested that I move to North West for better opportunities, I told no."

It wasn't too late until van der Dussen realized what his dad had said about opportunities, about being able to do nothing without them. That's when he packed everything in his car and just left.

"Monty Jacobs was the coach at North West and said to me at the time, listen I can't offer you a contract but I can give you a bed to sleep in. I said that's all I need. Sometimes in sports all you need is an opportunity and you have to make sure as a player that you use that."

It wasn't easy for van der Dussen in this new North West structure though. There was no serious money to start with but worse, he had to start at the bottom. Even with 20 first-class matches behind him, he had to play in the second team for weeks before finding a way through. For a while, he was no more visible there than he was at Northerns, and still without a contract. Life was difficult.

The Lions contract arrived in 2012, when he was 23. Questions from Lara's family must have eased out a little. He was now earning about 400 dollars a month, "which is not too much at all but it's something." But that's where returns on the success would kind of stall for van der Dussen. He was always among the runs but no opportunities came his way for a few years. This was now the longest wait of his life so far.

It was AB de Villiers and Faf du Plessis standing in his way again, both of them along with other players being at the core of this great era in South African cricket, in effect rendering van der Dussen and his runs invisible for the second time. There was no conspiracy at work. There was indeed no room for van der Dussen. And he couldn't pack everything in his car and just leave this time. Waiting was the only option.

"I made my debut at 29. That's how life happens. As a person, you are a product of circumstances and things that happen to you in your life. I played a lot of domestic cricket and put in a lot of work, like everyone does but didn't know if it was going to happen for me, if my goals and dreams were going to come true. But I always thought to myself that it's not a reason to not give it your all.

"I knew I just had to persevere and if I get my chance, I just need to make sure I am ready."

And van der Dussen was. He scored 56 against Zimbabwe on his T20I debut and 93 against Pakistan on his ODI debut, and then stormed into the World Cup squad and scored 95 against Australia in Manchester. Being 29 was a good thing for once. What is also allowed him is a perspective. "You can always look back and maybe want a bit more. It would have been nice to score hundreds. If it's meant to be, it will come," he says.

It was poetic that Faf du Plessis was his captain, picking a rather unproven international player in him into the World Cup squad. It wasn't too dissimilar to how Faf himself played in the 2011 World Cup.

It must not be too difficult now to see why Faf du Plessis is van der Dussen's hero.

"He has always been a hero of mine. Faf is a legend of the South African team and him telling me that he's backing me to do the job for the country was massive. To realize that I was a newcomer coming into the team in a World Cup year.. it is a massive call to make as a captain.

"Before my debut, Faf had told me, just go out there and play. You don't have to prove yourself to anyone. You are not young but also not too old."

Late bloomers just get each other.

"Vir die een wat Glo, kan Alles" is what van der Dussen's Twitter bio reads. It means everything is possible for the one who believes.

The much awaited international debut for van der Dussen was a combination of hard work, opportunity and great forethought. He knew as early as primary school that he wanted to be a professional cricketer. And everything he did from thereon was directed towards becoming one. He'd walk juggle balls around the house and try and improve his concentration. He'd throw a small rugby ball against the nets and try and improve his reflexes. He also wouldn't gym like other guys around him. A career in cricket, not big muscles, was on his mind.

Strong and fit and amongst the runs in domestic cricket at 29, van der Dussen had played Einstein's insane for about six years now, doing the same thing over and over again and expecting different results. It's ironic that his international break came after he decided to play in T20 leagues around the world. Not just because it's not first-class cricket but also because how T20s continue to be a feeder to cricket, quietly doing their work masquerading as the villain.

"I have always wanted to play the leagues but as a domestic player in South Africa, you only get a certain amount of exposure. I was very fortunate to have Donovan Miller."

Sometimes in sports all you need is an opportunity.

Donovan Miller was the coach of Vancouver Knights in Global T20 Canada, and would pick van der Dussen in his squad of fifteen. Van der Dussen used the opportunity, scored the highest runs in the tournament, and got picked by Miller again, who this time was serving as the coach for St Kitts and Nevis Patriots in the Caribbean Premier League. It was while at it that van der Dussen would be called to the national team.

This time when he packed everything in his car and just left, it was to represent South Africa.

"From there, it's been a really good year."

Van der Dussen acknowledges this more than once during our conversation at the Chinnaswamy Stadium, as if making up for all the time he's said this but there was no one to listen. Asked what he's like as a captain, he explains how he's the laid back type, asking his team to be more proactive than reactive. Will he be ready when the opportunity to captain South Africa comes his way? "I'll be ready, definitely."

He's been readying all his life. Sometimes in sports all you need is an opportunity.

While van der Dussen sat for this interview, the 14 year olds practising around would often run past us, probably wanting nothing but the ball to come their way. Their friends from the club, who couldn't practice with the South African team, watched from the sidelines, their faces pasted on the grille. They knew the importance of opportunity. But none of them would want to know it better than Rassie van der Dussen.