Is there a link between type 2 diabetes and Alzheimer’s disease? 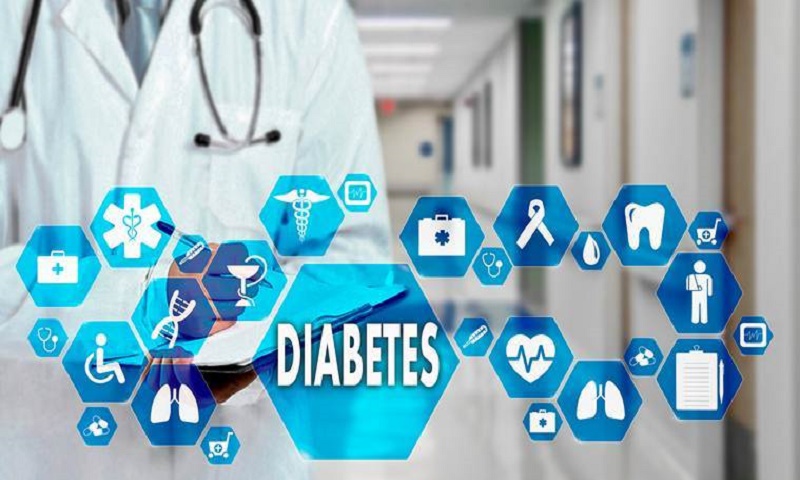 A growing body of research suggests that there could be a link between two of the most prevalent diseases in the elderly population worldwide — Alzheimer’s disease (AD) and Type 2 diabetes (T2DM), reports The Indian Express.

Note that while Type 2 diabetes, known as non-insulin-dependent or adult-onset diabetes, is caused by the body’s ineffective use of insulin, as per World Health Organization, AD is known as a progressive and fatal brain disorder that gradually destroys a person’s memory and ability to learn, reason, make judgments, communicate and carry out daily activities. As Alzheimer’s progresses, individuals may have changes in personality and behaviour, such as anxiety, suspicion or agitation, as well as delusions.

Epidemiological studies show that T2DM increases the risk of AD by at least two-fold as per researchers Barbagallo and Dominguez in 2014. In a study cohort from Manhattan in 1992–1994 and then in 1999–2001 Cheng et al., it was demonstrated that T2DM is associated strongly with late-onset AD after adjustment of sex and age, as per National Center for Biotechnology Information. According to various other studies, it is being considered that T2DM is a risk factor for future development of AD, the most prominent cause of cognitive failure in the elderly.

Type 3 diabetes is a proposed term for Alzheimer’s disease resulting from insulin resistance (which is the primary problem associated with T2DM) and insulin deficiency (which is the primary problem in type 1 diabetes), said Dr Anupama Singh, senior consultant, Vimhans Nayati Super Specialty Hospital, New Delhi, while pointing out how “a limited number of published reviews have suggested mechanisms linking AD with insulin resistance”.

Doctors that indianexpress.com spoke to said that while what causes Alzheimer’s disease or exactly how AD and T2DM are connected is not yet known, they point out that “high blood sugar can harm the brain in several ways”.

Concurred Dr Rajnish Kumar, neurologist, Paras Hospital while mentioning that “Type 3 diabetes is a proposed term for AD, which results from insulin resistance in the brain”. “Researchers have found that insulin resistance might play a key role in the progression of the disease. Studies have found that Alzheimer’s can develop without the presence of hyperglycemia in the brain, unlike Type 1 and Type 2 diabetes, which are primarily characterised by hyperglycemia. People suffering from insulin resistance, especially type 2 diabetics, might be at a greater risk for Alzheimer’s.”

In India, while there are no concrete figures for AD (which is a type of dementia), more than four million people have some form of dementia. Worldwide, at least 44 million people are living with dementia, as per Alzheimer’s Association, India. According to WHO, India had 69.2 million people living with diabetes in 2015 such that worldwide, the number of adults with T2DM is expected to rise by more than a fifth from 406 million in 2018 to 511 million in 2030. And over half of them will be living in just three countries — China (130 million), India (98 million), and the US (32 million), as per a 2018-Lancet study published in the The Lancet Diabetes & Endocrinology journal.

Given these figures, and considering that diabetes is a major cause of other conditions like blindness, kidney failure, heart attacks, stroke and lower limb amputation, what are the chances of developing AD for a T2DM patient? “Some people also call Type 3 diabetes as diabetes of the brain. Many clinicians prefer to use this term for those Type 2 patients who develop Alzheimer’s Disease also. Patients of T2DM have 60 per cent more chances to develop AD or vascular dementia,” said Dr Bansal.

However, Dr CM Batra, endocrinologist, Indraprastha Apollo Hospital, said, “While some experimental evidence suggests that insulin resistance in the brain is linked to memory defects and mild defects in sensory function and motor functions that mimic AD, there is no concrete evidence that Type 3 diabetes exists or that severe obesity associated with T2DM does result in slowing down physical and mental activity of the patient”.

Due to these contradictions, Type 3 diabetes is yet not a medically accepted term. “This is still a controversial topic and most clinicians do not agree with this term. More research is required in this area,” commented Dr Bansal.

Interestingly, Dr Kumar mentioned, “Currently, diabetes medication is being explored as a potential treatment for Alzheimer’s. We will need to conduct further studies to make a definitive statement.”

Until then, what’s the way ahead for people with T2DM? Dr Batra advises that people should look to effectively treat T2DM. “The way to treat T2DM lies in perfect sugar control, weight reduction and treating associated hypertension and dyslipidemia (abnormal amount of lipids).”