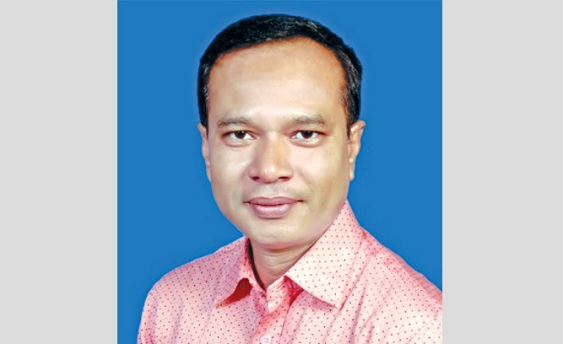 Amid camera pictures of the edges of the Sonadia Island clearly showing the fragile and fledging soils with gaping cracks on the surface, Bangladesh Economic Zones Authority (BEZA) has only recently unveiled its new plan to go ahead with constructing an ecotourism centre at the island. It is almost like a shell-shock even for a casual environment-friendly person having the least concern for environment and biodiversity that this virgin island will be developed into an ecotourism centre for tapping its hidden 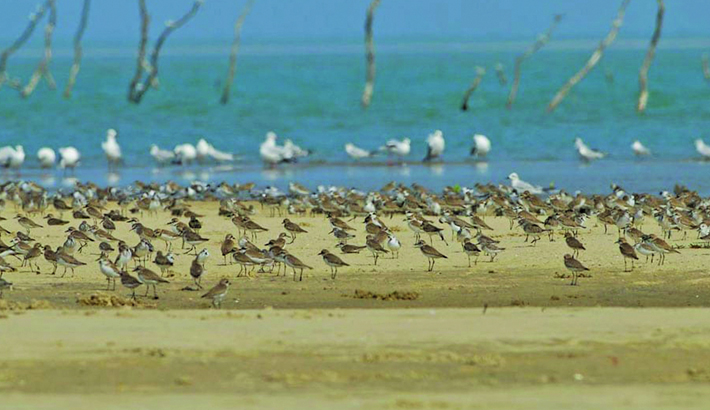 economic potentials. The soil that is yet to be durable enough for any ambitious project to host here will have to carry the load of massive structures of hotels, motels and other accompanying facilities needed for ecotourism once the declared project is not given a second thought.

Already declared an Environmentally Critical Area (ECA) along with 11 such others of its kind, it is legally obligatory as per the Environment Conservation Act of 2010 that no structures will be built on the ECA zones and that these zones are not subject to mass exposures and uses. We are at all sure right now whether structures will be built or not on the vulnerable soils of Sonadia but if infrastructures are ever built in Sonadia, it will not only put the biodiversity of the island in jeopardy but also call into question the authority of law. It is true that we can build entertainment parks elsewhere but we can never ever buy one Sonadia by any amount of money.

Before embarking upon an ecotourism project, all we need to know first is the true interpretation and connotations of ecotourism; otherwise, the aims and objectives of ecotourism will be misunderstood and misdirected. Ecotourism is a form of tourism involving visiting pristine and undisturbed natural areas intended as a low impact and small-scale alternative to standard mass commercial tourism. Ecotourism offers to enjoy the beauty of nature in one hand and entails responsibility on the part of the visitor on the other hand. Since concerns for biodiversity and conservation often get priority consideration in ecotourism and to protect intact the primordial natural environment works as a pressing urge,  many tourists rendezvous having biodiversity concerns like thriving tourist haunt of Thailand’s Maya beach has already been shut down.

As we are yet to exploit the potentials of our pride possession, the longest sea beach Cox’s Bazar, to the fullest, topmost national priority has to be given anew to explore still unexplored possibilities and probabilities that have long been lying hidden in nook and crannies of the world’s longest beach. When many low profile and short-stretch beaches of the world are being planned and patterned into world-class tourist havens, our inability to even make known the name of Cox’s Bazar to the thriving global tourist market can hardly be compensated. Once I happened to have a bitter experience while visiting our neighbouring Kolkata. While taking my midday meals at a hotel in Kolkata, I had a short discussion with a local young man and at one point when I asked him if he had ever visited Cox’s Bazar, he told me that he had not even heard the name of Cox’s Bazar. However, a huge number of Bangladeshi tourists regularly and routinely haunt Digha beach, a much lower profile beach compared to our Cox’s Bazar, and spend massive amount of money there.

With an area of only nine-square kilometre, Sonadia is a home to the near-extinct species of sea turtles. It has long been a safe sanctuary of thousands of migratory birds and the rare species of aerial root trees are also found here. Turning this virgin island into a commercially viable ecotourism centre will definitely affects its pristine natural setting in a way that will unquestionably take it beyond any repair. Once there was a plan to convert this island into a deep sea-port. However, the government shelved the project taking its inevitable importance in biodiversity into active consideration.

We don’t know what is actually going to happen in Sonadia Island. But one thing we are very sure of is any commercial developments on the unsettled soils of Sonadia may bring a huge amount of money at the cost of natural Sonadia. Ecotourism in Bangladesh has allegedly been suffering from a number of problems and the landmark ecotourism spots of the country like the Sudarbans, Dulahazara, Bandarbans, Modhupur etc. are yet to attract the desired number of tourists both from home and abroad reportedly due to poor maintenance and management. Litters and waste materials are allegedly seen scattered in and around the ecotourism spots. Complaints of tourist harassment are also heard on these spots. Before multiplying the number of ecotourism spots, the ground complaints and alleged mismanagement need to be shot out.

Casual and non-professional management mechanism as well as relax monitoring is directly responsible for relatively low overseas tourist turnout to Cox’s Bazar. Responsible tourism management can ensure necessary discipline in this very prospective revenue-earning sector. By enhancing prevailing facilities and redressing the inconveniences of the tourists especially the foreign ones through installing a dynamic and forward-looking smart management in the tourism sector, it is quite possible to reset Cox’s Bazar in its rightful pride form among the best ones of the world. Once we can make Cox’s Bazar to glow with the glory and lustre it really deserves, the psychological pressure on the part of the planners to opt for ecotourism will surely be lessened to a great extent. We can hardly afford to lose any further time for embellishing Cox’s Bazar.

Building infrastructures for mass commercial promotion on a declared Environmentally Critical Area runs contrary to the existing Conservation Act. Developing any commercial structures on ECA zone needs to amend the law and any construction before amendment clearly and categorically means that some people are going to disregard law which will eventually give a wrong message to the common people that some people can be above law.