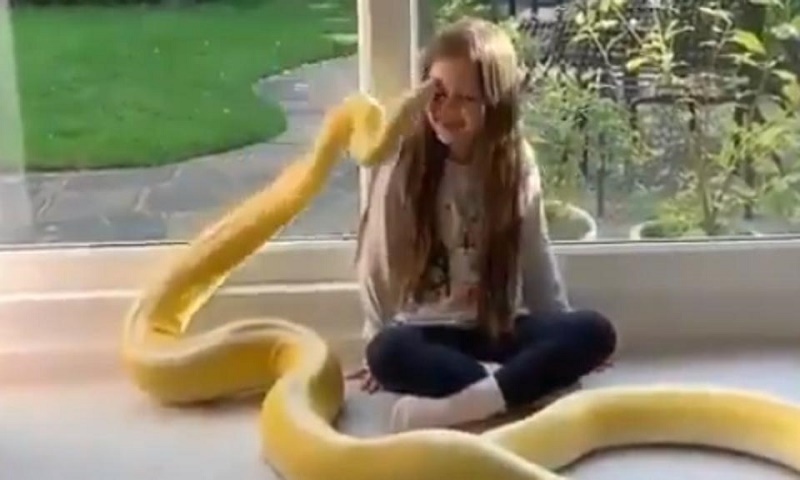 Adorable or cute are the words often used to describe the videos of kids playing with their pets. However, a recent video of a girl playing with her pet has sparked different kinds of emotions among people – and they’re of fascination and horror, reports Hindustan Times.

The video, shared by a Twitter user, shows the little girl playing with her pet python. The clip shows the snake landing its face on the girl’s forehead – which many are now calling a “kiss.” Eventually, the reptile slithers across the kid’s body and finally she even hugs it. What intrigued tweeple is that in the entire video the kid is seen grinning from ear to ear.

Shared on September 12, the video has gathered more than 11 millions views – and still counting. Additionally, it has also amassed more than 29,000 likes and 8,000 retweets.

From scared to amazed, people dropped all sorts of comments on the video. Some even used gifs and memes to express their reactions.

“A snake is a snake. If I to come visit you and I find it in your house I kill it,” wrote a Twitter user. “Did it just kiss the girl’s face?” commented another. “A snake is a snake! I don’t play like that!,” tweeted a third.