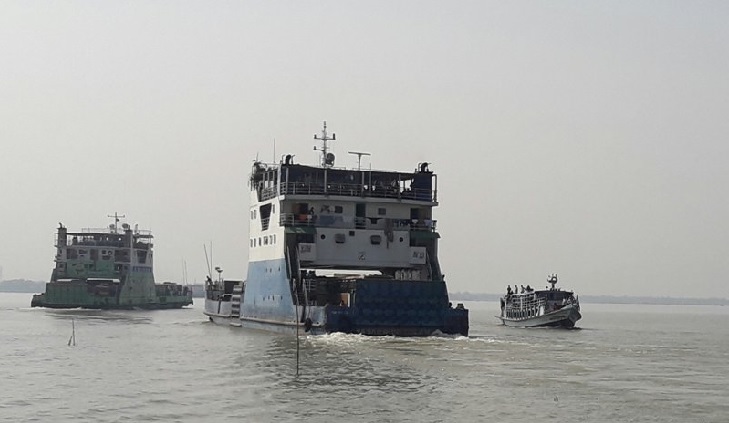 The ferry services on Shimulia-Kathalbari route in the Padma river under Lauhajang upazila of Munshiganj resumed 7 hours after the services was halted last night due to poor navigability.

The ferry service on the River Padma has been resumed from 10:00am this morning. But only eight out of 18 ferries were plying on the route.

The ferry movement was suspended from 3:00am on Sunday due to poor navigation, affecting people from 21 districts and resulting in long tailbacks.

Many vehicles including good-laden trucks remained stuck and the passengers were suffering immensely at Shimulia, the entry point to 21 districts of the country.