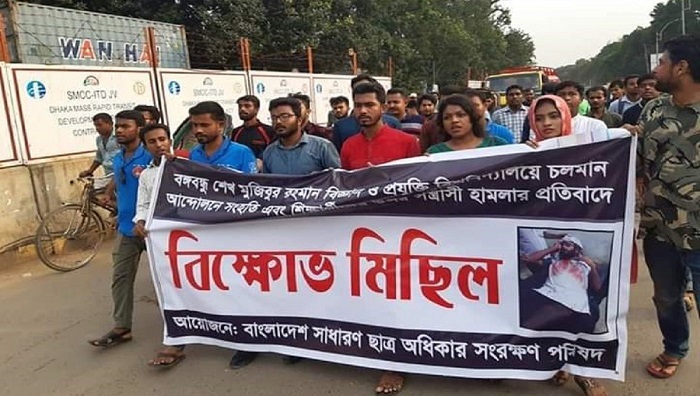 The Ducsu VP made this demand from a protest rally held at the base of the Raju memorial after students at the university came under attack on Saturday.

In his speech, Nurul Haque Nur said even a culvert bridge was broken to bar actual students of the institute from coming to the campus, and to allow the attack on students by rented terrorists to go ahead.

Ducsu VP urged Gopalgonj administration to take steps against the VC as well as his administration those who destroy the image of the birth place of Bangabandhu adding that: "Such kind of VC has no right to stay in his post."

50 students of BSMRSTU in Gopalgonj were injured as outsiders swooped on them on Saturday after they continued demonstration seeking the removal of its VC ignoring an order to close down the university and vacate halls of residence.