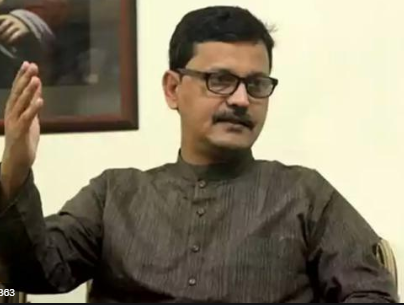 State Minister for Shipping Khalid Mahmud Chowdhury said the government has taken river protection measures as a challenge to free the country’s rivers from illegal occupation and pollution.

“We are conducting drives to recover illegally occupied riverbanks across the country,” he told a rally before a street march for river protection marking World Rivers Day on the premises of National Museum at Shahbagh here, said a press release.

He said: “We have to take steps firmly so that none takes advantage from our wrong measures”.

He said Prime Minister Sheikh Hasina, assuming power in 1996, had announced of evicting illegal embellishments on the river banks.

But, the subsequent government (BNP-Jamaat government) had changed everything by resorting to terrorism and militancy, he added.

Khalid said gruesome grenade attacks were carried out on the then opposition leader Sheikh Hasina.

The reactionary forces (BNP-Jamaat) could not ensure security of the state, how they would save the rivers, he questioned.

He said the verdict in Bangabandhu assassination case has been executed and trials of many war criminals have been completed after the AL-led government assumed power in 2008.

The country has returned to democratic political trend during the tenure of the incumbent government, he said.

Khalid said the reactionary forces are still hatching conspiracy to destroy the rivers and halt the country’s economic uplift.

He urged all to remain alter so that none can spoil the movement for river conservation.