Man arrested with currency notes of 46 countries at Dhaka airport 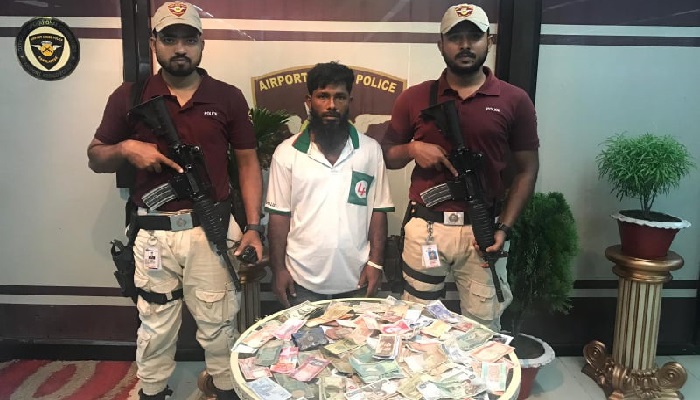 The Armed Police Battalion (APBn) detained a man with some currency notes of 46 countries from Hazrat Shahjalal International Airport in the capital on Saturday afternoon.

The arrestee was identified as Mintu Mia, 35, hailing from Rupganj in Narayanganj.

Confirming the matter to media, additional superintendent of police (operations and media) of the agency Alamgir Hossain said, “Mintu was arrested from Gate no 2 of the airport around 3:30pm.”

He used to cheat people in the name of giving them dollar in exchange of taking taka from them, he also said.

On information, Mintu Mia was running illegal currency trade at the airport.