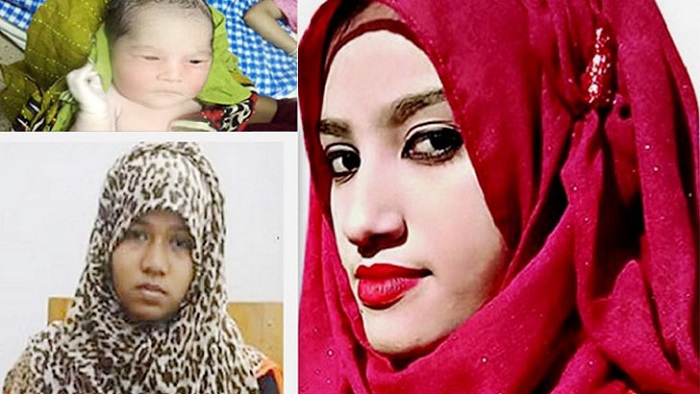 Kamrunnahar Moni, an accused of sensational killing of Madrasa student Nusrat Jahan Rafi, has given birth to a baby girl in prison on Saturday.

Confirming the matter, Dr Abu Taher, resident medical officer of Feni General Hospital, told that Moni gave birth to a baby girl at the hospital around 10:30 am on Saturday.

Moni, a friend of slain Nusrat, was five-month pregnant when she directly involved with the killing of Nusrat on April 6.

According to the Moni’s confession under section 164, taking part in the killing mission, she pressed Nusrat to the ground during set her (Nusrat) on fire and managed burqas for members of the killers’ group to flee from the scene.