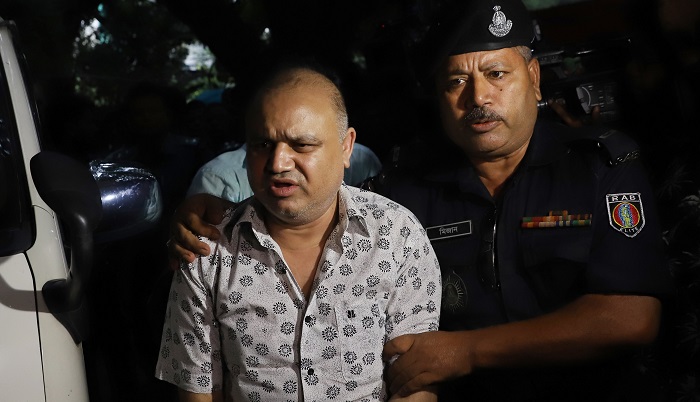 Police have sought a 14-day remand prayer for SM Golam Kibria Shamim in connection with three cases filed against him over money laundering, possession of illegal arms and narcotics.

The court of Dhaka Metropolitan Magistrate Mahmuda Akter will pass an order in this regard after a hearing today (Saturday).

Earlier, the Rapid Action Battalion (RAB) on Saturday handed SM Golam Kibria Shamim alias GK Shamim and his seven body guards over to the Gulshan Police Station and filed three cases against them on the charge of money laundering, possessing illegal arms and narcotics.

Confirming this, Mizanur Rahman Bhuiyan, assistant director of Rapid Action Battalion's legal and media wing, said, “The RAB filed three cases against GK Shamim and his associates after they were handed over to the Gulshan Police Station around 3:00 pm.”

Earlier, on Friday, a team of RAB-1, led by its Executive Magistrate Sarwar Alam, reached GK Shamim’s office in the capital’s Niketan area around 12:30pm and raided it.

The elite force arrested GK Shamim, who has made a fortune as a contractor and identifies himself as a Jubo League leader, during the raid.

RAB also arrested his seven bodyguards and seized huge amount of money including FDR savings, foreign liquor and firearms during the drive.