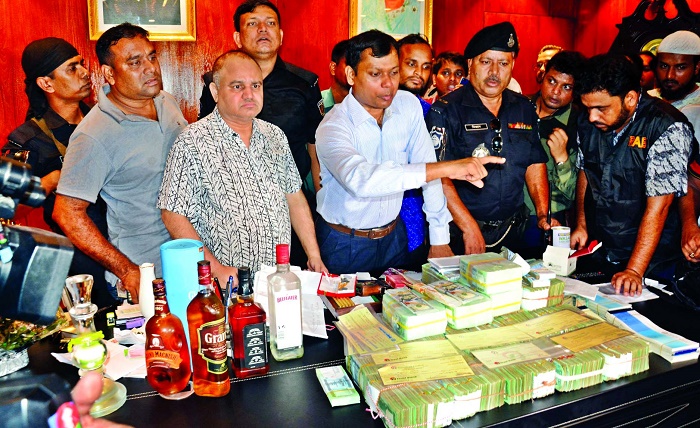 The Rapid Action Battalion (RAB) on Saturday filed three cases against SM Golam Kibria Shamim, who was arrested following a raid at his business office on Friday (yesterday).

The cases were filed with Gulshan Police Station in the capital this noon, Mizanur Rahman, senior assistant director of the RAB headquarters confirmed it.

RAB on Friday arrested SM Golam Kibria Shamim, who has made a fortune as a contractor and identifies himself as a Jubo League leader, in a raid on his business at Niketon in the capital.

The law enforcers also arrested his seven bodyguards and seized huge amount of money including FDR savings, alcohol and firearms during the raid.