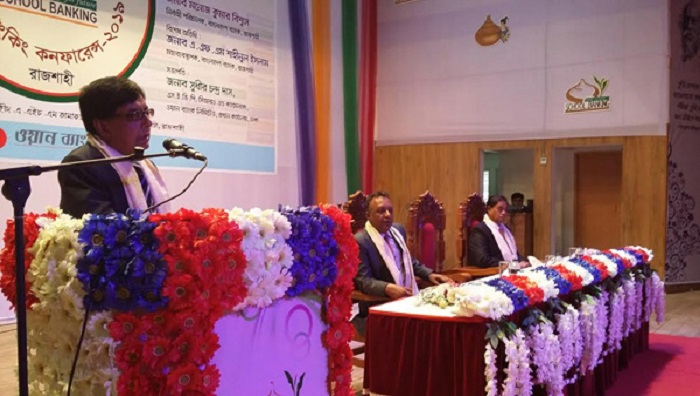 Some 58,462 students both boys and girls in different educational institutions have, so far, deposited Taka 20.45 crore under the school banking programme in Rajshahi district.

Deposit collection under the school banking programme has gradually been rising as awareness is increasing among the students day by day in this regard.

The information was revealed in the opening ceremony of daylong ‘School Banking Conference-2019, Rajshahi’ at Shaheed AHM Kamaruzzaman Zila Parishad auditorium in Rajshahi city on Saturday.

One Bank Limited hosted the conference at the auditorium premises aims at increasing savings habits side by side with creating awareness on banking services among school students.

The fair was held as a part of financial inclusion programme of the central bank of Bangladesh aiming to bring more un-banked people into the banking network from across the country.

Terming the school banking as a milestone in the new era of the country`s economy, he said, school students are now getting the facilities of ATM card, online banking, internet banking from even at their tender ages.

Large number of bankers including 420 students from different educational institutions attended the fair.