Demonstrators march in Hong Kong in new weekend of protest 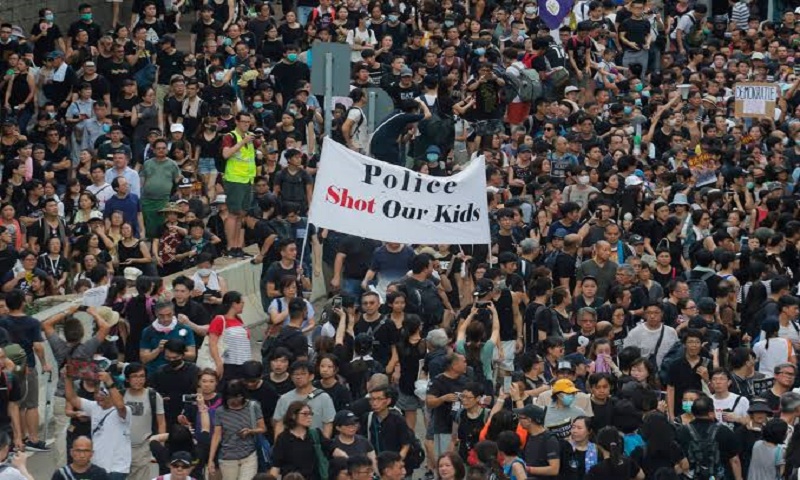 Protesters marched through an outlying district of Hong Kong on Saturday in a renewed outpouring of grievances against the Chinese territory's government.

The march by several thousand people in Tuen Mun on Hong Kong's northwest was relatively small compared with previous weekends. There was no violence, in contrast to previous protests that included clashes with police, reports AP.

Hong Kong is in its fourth month of protests that started with opposition to a proposed extradition law and have expanded to include demands for greater democracy.

Elsewhere, Hong Kong media reported scuffles as government supporters heeded a call by a pro-Beijing politician to tear down protest posters at some subway stations.

The protests are an embarrassment for China's ruling Communist Party ahead of October 1 celebrations of its 70th anniversary in power.