Masakadza goes through a lot of emotions 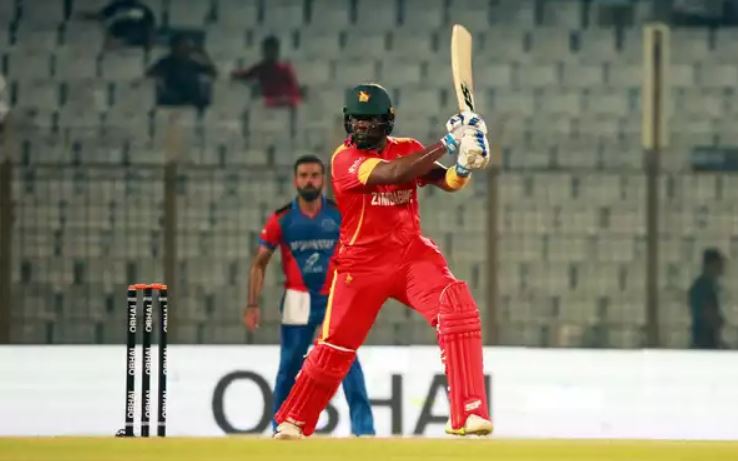 Hamilton Masakadza took the field on Friday (September 20) with 'Mudhara 310' embossed on the back of his jersey.

Mudhara, Masakadza's nickname, also means old man in ChiShona, while 310 is the number of international appearances for the 36-year-old, who ended his Zimbabwe career in some style.

Having walked out to a guard of honour from both sides, it was all business for Masakadza who flayed the Afghanistan bowling to help set up Zimbabwe's seven-wicket victory as they chased down 156 with three deliveries to spare.

Some have underwhelming swansongs, while some go out with a bang, and Masakadza joined the second category as he struck a 42-ball 71, which included four fours and five sixes, to help Zimbabwe secure a consolation victory in the tri-series encounter.

That the win also happened to be Zimbabwe's first against Afghanistan in T20Is -making it all the more special for Masakadza. "It [the innings] was super special. Also the bowlers with the way they bowled, and we just knew that we needed a good start. We knew if we had a good start we would be in with a chance to win. I have got a couple of starts in the tournament but not gone through. To lead the team to the win was really special and that too in my last game and also beating Afghanistan for the first time was special," Masakadza said after the game.

"It was a special feeling going through that guard of honour that the guys put up for me. I actually thought they would do it at the end of the game. For them to do when I am going out to bat was special," Masakadza said. "I just got a lot of emotions going but obviously, in the end, I am happy that I have pretty much done what the team needed from me to do - to get them into a good position to challenge Afghanistan for the win - and I am very satisfied today."

As the Zimbabwe cricketers celebrated the victory and a career that lasted for 18 years, Masakadza came out covered in the Zimbabwe flag and was later presented with a crest by the Bangladesh Cricket Board while Zimbabwe Cricket gave him memorabilia.

Usually not one to show his emotions, Masakadza revealed that he was a little teary-eyed when he spoke to his teammates on the morning of what would be his last day in international cricket.

"I started tearing a little bit in the morning trying to get through the team talking with the boys. I am not someone who wears his heart on his sleeve but I think this is the one thing that brought a few emotions out of me. Even when I tried to tell the guys and the team before I made the official announcement, I barely got through three sentences so it's been a really emotional time for me," he said.

"I have been going through a lot of emotions today but regret is none of them. Really been thankful to my family and the board for supporting me and giving me the opportunity to allow me to play this long and I am also thankful to my teammates. I am reflecting what I have gone through and just be thankful to God because without God nothing is possible.

"It's an opportunity for someone to take up the spots and put their hands up. I am looking at not really too much as a door closing for me but a door opening for someone else to come. We have got a lot of exciting guys to come through especially for that opening spot. There is experience still around the team and I am really confident that someone would put their hands up and grab their chances," he said, wishing his team the best for the future.

About life after retirement, Masakadza said he's not looking too far ahead. "Not really the first thing that comes to the mind. Obviously taking a little bit of rest and then the domestic season should be starting soon. So just concentrate on that for now and not set too much for the future," he concluded.