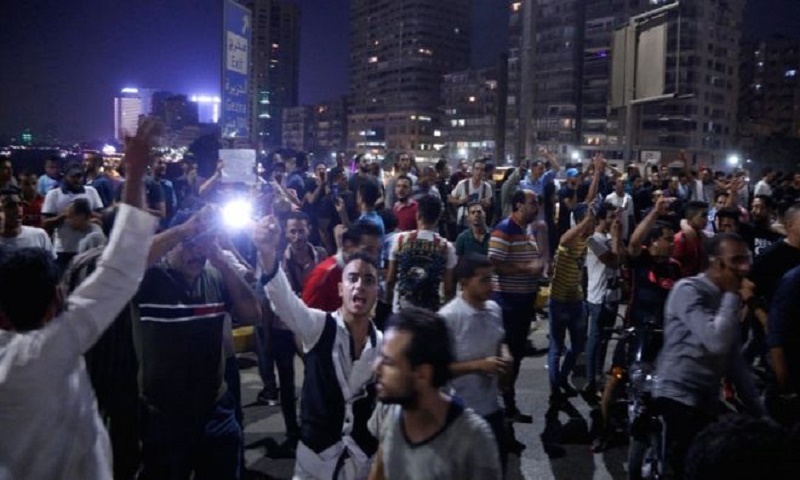 Tear gas has been fired to disperse demonstrators in Egypt, at some of the first protests since President Abdul Fattah al-Sisi took power in 2014.

Hundreds of Egyptians filled Tahrir Square in Cairo - a key site of the 2011 Egyptian Revolution - demanding his resignation, reports BBC.

The protests were in response to corruption allegations against President Sisi's government.

An Egyptian businessman and actor, Mohamed Ali, has posted a series of videos online accusing the country's leader of wasting millions on luxury residences and hotels while millions of Egyptians live in poverty. Egypt has pursued a policy of economic austerity in recent years.

President Sisi has dismissed the allegations as "lies and slander".

Mr Ali, who lives in self-imposed exile in Spain, posted his first video on 2 September. In a video posted on Tuesday, he reportedly said that if President Sisi did not resign by Thursday "the Egyptian people will come out to the squares on Friday in protest".

Since then, he has overseen what human rights groups say is an unprecedented crackdown on dissent that has led to the detention of tens of thousands of people.

Egyptians voted to approve constitutional changes in April that could extend Mr Sisi's term in office until 2030, on a turnout of 44%.

He won 97% of the vote in 2018's presidential election, when he faced no serious opposition.