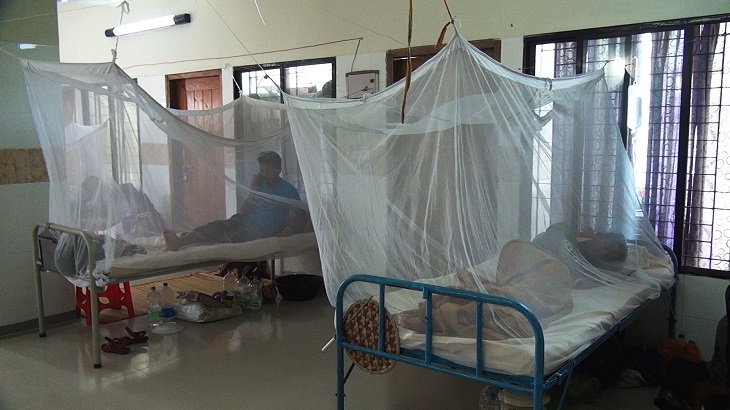 A total of 408 new dengue patients were admitted to hospitals across the country in 24 hours till Saturday morning.

Of them, 135 were hospitalised in Dhaka and 273 in other parts of the country, according to the Directorate General of Health Services (DGHS).

Currently 2,252 patients, including 917 in the capital, are being treated at hospitals, it said.

Bangladesh has seen a massive outbreak of mosquito-borne disease dengue this year.

Since January, 84,397 people were hospitalised with dengue, most of them in Dhaka. Of them, 81,942 have made full recovery.