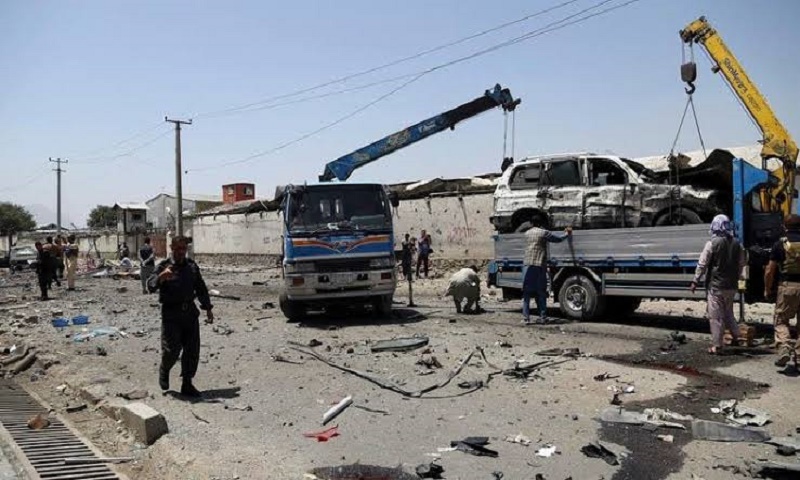 An Afghan official says that a roadside bomb has killed at least two civilians in southern Kandahar province on Friday afternoon.

Nasrat Rahimi, spokesman for the Interior Ministry, said Saturday that five other people were wounded when the blast struck the vehicle in Spin Boldak district, reports AP.

No one immediately claimed responsibility for the attack.

But, the Taliban are active in the province and have claimed earlier attacks.

Firdaus Faramarz, spokesman for the Kabul police chief, separately confirmed two blasts in Kabul on Friday night. He said there were no casualties.

The Taliban's spokesman, Zabihullah Mujahid, claimed the attacks in Kabul.

Across Afghanistan, militant attacks have continued as the country prepares for presidential elections later this month, while US-Taliban talks over a peace deal have collapsed.