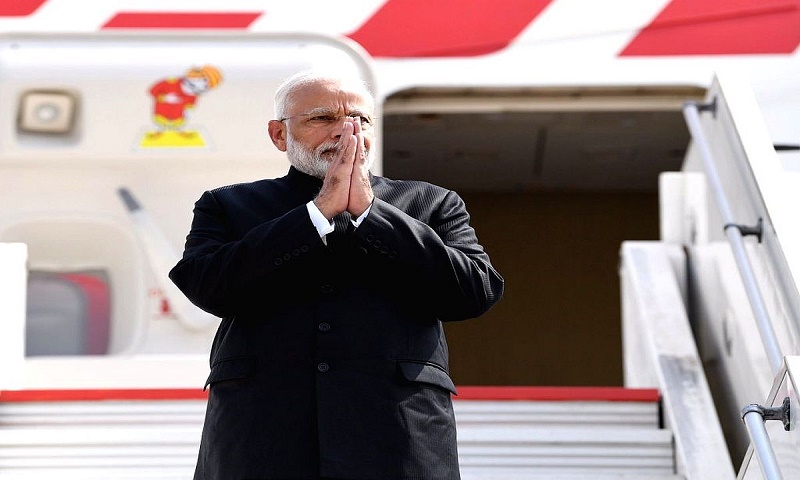 Indian Prime Minister Narendra Modi embarked on a week-long visit to the US on Friday.

While the first leg of his visit, to Houston, will see him meeting CEOs of energy majors and addressing an Indian community event —‘Howdy, Modi’ — where US President Donald Trump will also be present, reports Times of India.

The PM will travel to New York on Monday to participate in the 74th session of the UN General Assembly. Modi’s UNGA address on September 27, his first since 2014, and a meeting with Trump on September 24 are expected to be among the highlights of his trip. He will also address meetings on climate change and terrorism at the UNGA and host an event on Mahatma Gandhi.

On the likely Indian agenda at the UNGA, the government is unlikely to bring up Article 370-related developments on its own

because, it was an internal issue.

Modi is also expected to have bilaterals with 15-20 world leaders apart from Trump.

The next day, he will address the ‘Howdy, Modi’ event which will be attended by more than 50,000 people, including Trump and a bipartisan group of US Congressmen.

In New York, Modi will hold a round-table with CEOs of 45 MNCs.

On September 23, the PM will participate in climate change, universal healthcare summits and leaders dialogue on terror

He will host a special event, ‘Leadership Matters: Relevance of Gandhi in the Contemporary World’, on September 24 where he will be joined by leaders of, among others, Singapore and South Korea.