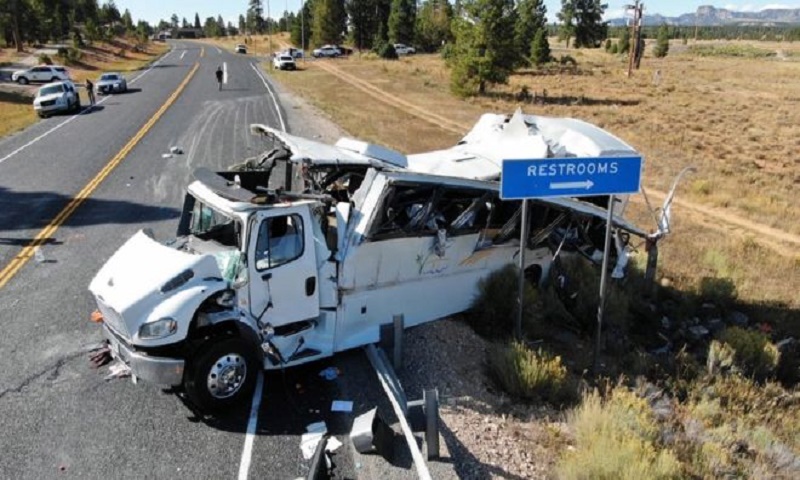 A bus carrying Chinese tourists has crashed in the US state of Utah, killing at least four and critically injuring at least 5 more.

The vehicle was near Bryce Canyon National Park when it veered off road and hit a guard rail.

Of the 31 people on board, four were killed and the rest were taken to hospital with injuries ranging from minor to life-threatening.

Authorities are investigating the cause of the crash, reports BBC.

Utah Highway Patrol said they received calls about the incident at 11:32 local time (17:32 GMT) on Friday morning, in the south of the state en route to the park.

Emergency vehicles - including three helicopters - quickly arrived at the scene and ferried the injured to hospital. The road has since reopened.

Five of those injured are in a critical condition, Highway Patrol said. All the passengers were Chinese nationals, while the driver - who was also injured - was Chinese American.

The authorities have asked local Mandarin speakers to go to hospitals to help with translation.

China's embassy in Washington tweeted that it has initiated its "emergency protocols" after the crash and sent staff to visit the injured.

Utah Governor Gary Herbert said his heart "sank" when he heard the news.