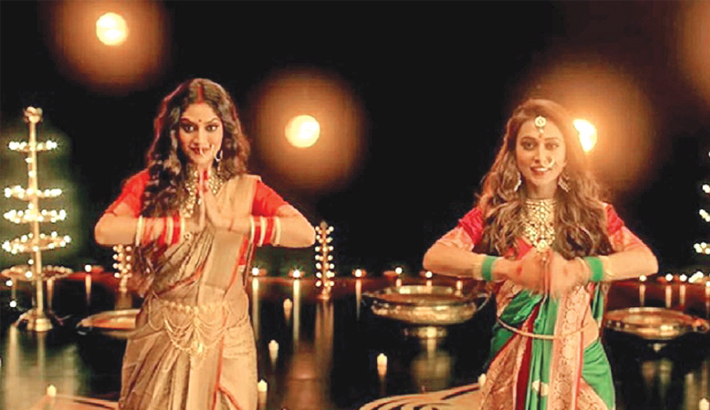 Preparations are in full swing for West Bengal’s biggest festival, the Durga Puja. And ahead of the six-day extravaganza, a theme song featuring two Lok Sabha MPs from West Bengal is going viral.

While Nusrat represents Basirhat constituency, Mimi is MP from Jadavpur.

The two parliamentarians, who are also popular stars in Bengali film industry, are see decked up for the song, which also features another top actor Subhashree Ganguly.

The song titled ‘Ashey Maa Durga Shey’ is part of a campaign for the brand’s initiative for the festival which falls on October 3 to 8 this year. The music has been composed by popular Tollywood composer Indraadip Das Gupta while it has been sung by host of artistes from both India and Bangladesh, including Rupankar Bagchi and band Dohar among others.