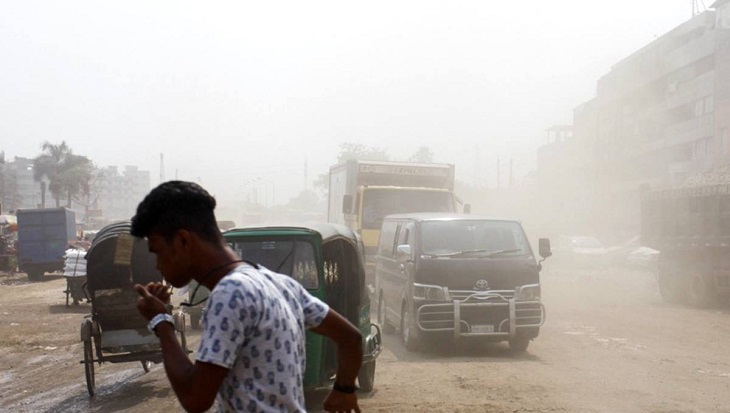 The city had a score of 169 at 8:01am, indicating that the quality was unhealthy.

Malaysia’s Kuching and Pakistan’s Lahore occupied the first and third spots in the list respectively.

An AQI score between 101 and 200 means that there is an increased likelihood of adverse effects and aggravation to the heart and lungs among the general public, particularly the sensitive groups.

In Bangladesh, the AQI is based on five criteria pollutants – Particulate Matter (PM10 and PM2.5), NO2, CO, SO2 and Ozone (O3). The Department of Environment has also set national ambient air quality standards for these pollutants. These standards aim to protect against adverse human health impacts.

Dhaka, one of the most densely populated cities in the world, has been battling air pollution for a long time. The air quality generally worsens during summer and shows signs of improvement during monsoon.