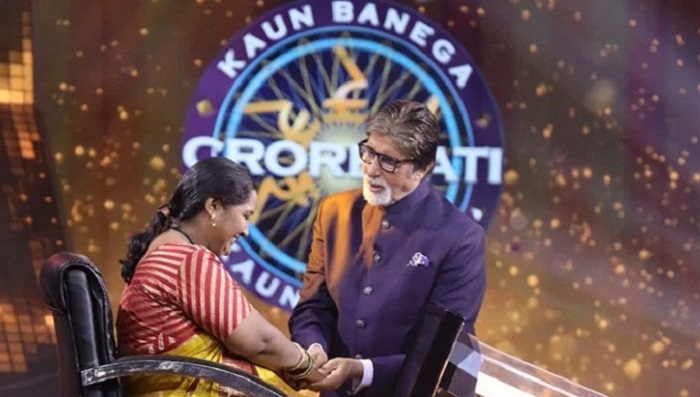 Babita Tade became the second crorepati of the season on Thursday. She did not answer the Rs 7 crore question even though she knew the correct answer.

The Rs 7 crore question was, ‘Which of these states has had the most number of its governors become presidents of India?’ The options were – Rajasthan, Bihar, Punjab and Andhra Pradesh.

Babita Tade did not wish to risk her winning amount and thus quit the show. Host Amitabh Bachchan asked her to guess the answer after quitting and she guessed Bihar which was the correct answer.

Babita works as a mid-day meal cook in Amaravati where she gets paid Rs 1500 per month. Upon winning the big amount, she said “It was a lovely experience being on the show. I knew that if I reach the hot seat, I would win some amount but never thought that I would win a crore. The family is ecstatic.”

She also spoke about her experience of meeting Amitabh Bachchan and said, “He is such a big star yet is so humble and lovable towards everyone around him. He shows respect to others, making people love him so much. My father adored Amitabh Bachchan, and if he was alive, he would have felt more proud of me sitting opposite him on the game than winning 1 crore.”

Babita Tade was happy to share that she plans to build a Shivalaya. She shared, “With the money, I want to build a Shivalaya and then save enough for my kids’ future. I also want to aide the students in my school. I want to get a water filter and also build a kitchen shed as they have a hard time eating during the rains.”