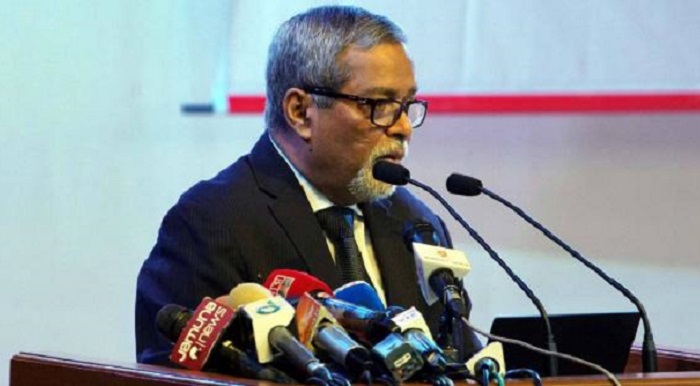 “Be cautious enough so that no Rohingya becomes a voter. Sometimes, the Commission has to face criticism because of someone’s activities. You’ve to keep it in mind. Everyone will have to work consciously,” he said.

The CEC was addressing the Third Annual General Meeting (AGM) of Bangladesh Election Commission Officers’ Association at the EC office in the capital’s Agargoan.

He said, “In the past, there was no upazila election office. District election officers had to go with their belongings in bags and rickshaws were their only mode of transport. Now, the situation improved a lot. You’re given all kinds of facilities and power. You’ve to exercise power judiciously.”

“What’ll happen if we’re not strong enough?” he posed a question, urging EC officials to get prepared for holding all kinds of elections in the future.

The CEC said the EC doesn’t give any charge of holding local government elections to outsiders. “You’ve to be capable of holding all kinds of elections in the future.”

He also criticised the French company saying, “They’re giving us trouble since 2017. They said one thing in the morning and another in the afternoon. They wanted to use our database, but we didn't allow them to use it.”

“They thought that we won’t be able to provide our citizens with smartcards if they don’t assist us. But, it's a matter of pride that our people are now making smartcards.”