Masakadza brings down curtain on his 18-year career 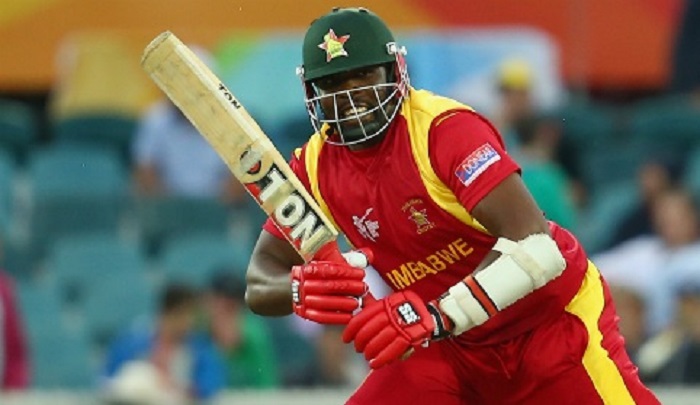 Zimbabwe skipper Hamilton Masakadza brought down his 18-year long international career with winning note as he led the side from the front to clinch a seven-wicket victory over Afghanistan on Friday.

Although it was just an academic interest, the match between Afghanistan and Zimbabwe was a big occasion for Zimbabwe skipper Hamilton Masakadza as he ended his career playing 310 international matches across formats.

The Bangladesh Cricket Board (BCB) acknowledged his contribution to the Zimbabwe cricket, presenting him a crest after the match.

Bangladesh is indeed close to the heart of Masakadza, as he played the domestic cricket and BPL here regularly.

The Zimbabwean Cricket Board marked the occasion by putting his nickname Madhura (310) on his back.

He was given a guard of honour by the two teams while he was coming to open the innings alongside Brendan Taylor after Afghanistan posted 155-8.

Zimbabwe was eliminated from the race of the final even before the match after losing three straight matches.

Masakadza’s dream was to beat Afghanistan in T20 cricket and it was finally materialised.

After conceding eight straight defeats to Afghans in this format, Zimbabwe finally got the victory in Masakadza’s farewell match.

“We need to build on a few things going forward,” he said earlier.

“We’ve never beaten Afghanistan in a T20 game, so that’s one thing to correct.” And he himself led the side to correct it.

Masakadza valued the support offered by the host board to enable Zimbabwe’s participation in the tourney that also involves Afghanistan.

This was Zimbabwe’s first appearance on the field since their suspension by the ICC in July, which effectively ended their chances of being involved in the World T20 Qualifiers. But the suspension doesn’t prohibit them from playing bilateral or tri-lateral cricket.

Zimbabwe Cricket had earlier flip-flopped on their involvement in the tri-series, before eventually giving the go-ahead for the tour, facilitated by an accommodating Bangladesh board.