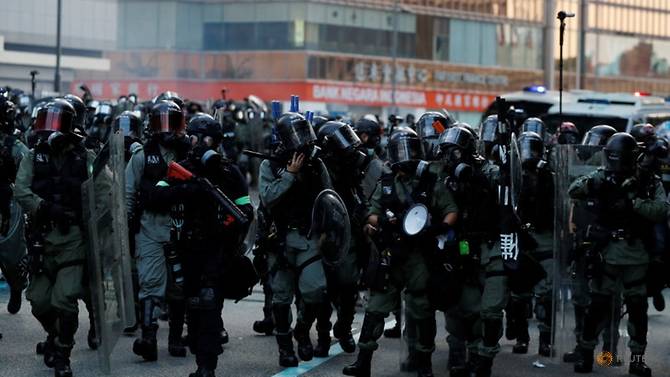 Hong Kong police has been accused of torturing and other abuses in their handling of more than three months of protests, but the police say they have shown restraint on the street in the face of increased violence.

Protesters, many masked and wearing black, have thrown petrol bombs at police and central government offices, stormed the Legislative Council, blocked roads to the airport, trashed metro stations and lit fires on the streets of the Chinese-ruled city.

They have also been seen beating protesters on the ground with batons, with footage of one such attack on cowering passengers on an MTR subway train going viral online and prompting widespread anger.

In a report based on interviews with nearly two dozen activists, most of whom were hospitalised after their arrests, the global rights watchdog said the city's police officers routinely went beyond the level of force allowed by local law and international standards.

“The Hong Kong police’s heavy-handed crowd-control response on the streets has been livestreamed for the world to see. Much less visible is the plethora of police abuses against protesters that take place out of sight,” said Nicholas Bequelin, East Asia director at Amnesty International, in a report following a field investigation.