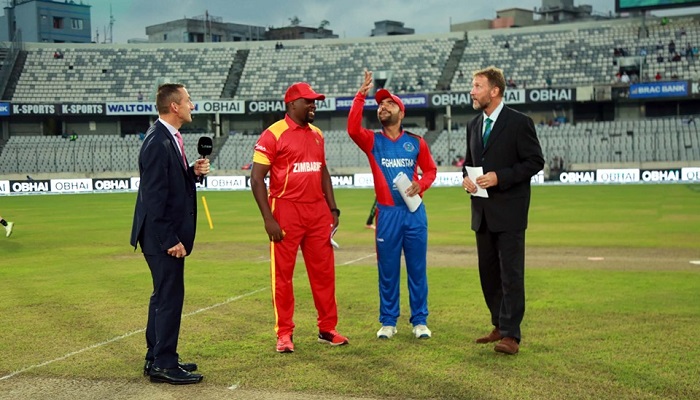 Afghanistan won the toss and elected to bat first against Zimbabwe in their fourth match of the tri-series at the Zahur Ahmed Chowdhury Stadium in Chattogram on Friday.

Afghanistan might be the outright favourites but Zimbabwe will come all guns blazing to win their last match of the ongoing series and thereby give their captain Hamilton Masakadza a befitting farewell.

Before the series, Masakadza announced he would retire from the cricket after the tournament when Zimbabwe would take on Afghanistan in Chattogram stadium. Therefore, it is Masakadza’s farewell match.

The match is a dead-rubber one after both Bangladesh and Afghanistan making it to the final.

But Zimbabwe have their work cut out as they never won any T20I match against Afghans.

The two teams so far met eight times including the one in the ongoing tournament and Afghanistan won all the matches comprehensively.

In the first match of the tournament, Afghanistan beat Zimbabwe by 28 runs.