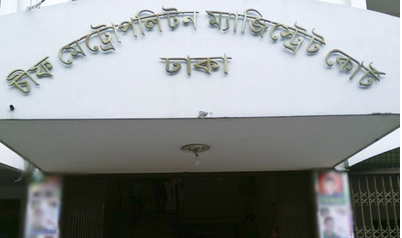 Another court on September 16 placed the trio, alongside on two other policemen on remand in the case. The other two accused are– Armed Police Battalion (APBn) constables Md Roni Mollah, 21, and Md Shariful Islam, 23.

Being tipped off, Uttara East Police Station team and APBn detained the five in separate raids on September 15.

According to the case documents, the accused, on September 11, detained a yaba paddler at a check post in Gulshan Gudara Ghat area. They, however, let the accused go, keeping the seized yaba to themselves for selling.