MS Dhoni Should Go "Without Being Pushed Out", Says Sunil Gavaskar 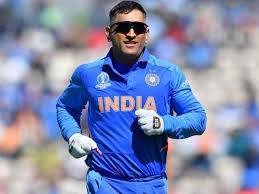 MS Dhoni's future with the Indian cricket team has been a hot topic ever since India exited the World Cup 2019 in England and Wales. While the former India captain took a temporary sabbatical from the game and is yet make an appearance after ICC's showpiece event, the speculation surrounding MS Dhoni's retirement has only grown. India great Sunil Gavaskar is of the opinion that it is time for India to look beyond MS Dhoni, and that the veteran wicketkeeper-batsman should leave on his own without being pushed out.

Asked if Dhoni should be picked for the Bangladesh tour, Gavaskar replied in the negative.

"No, we need to look beyond. Mahendra Singh Dhoni at least doesn't figure in my team. If you are talking about the T20 World Cup, I will certainly think about Rishabh Pant," Gavaskar told 'Aaj Tak'.

"If I need to have an alternate option, then I will think of Sanju Samson because Sanju is a good keeper as well as a good batsman.

"If I have to think of the T20 World Cup, I would think about youth as we need to look forward. Dhoni has made great contribution to Indian cricket but it's now time to look beyond him," the former India captain said.

Later, on the 'India Today' channel, Gavaskar said: "I think he (Dhoni) should be going without being pushed out."

A few days after India head coach Ravi Shastri made it clear that Pant will be "rapped on the knuckels" if he keeps on playing rash shots, batting coach Vikram Rathour also echoed the same sentiments.

Rathour appreciated Pant's attacking mindset but also advised  him "to bring a little discipline in to his cricket".

"What is Rishabh's position in batting order -- No 4 or 5? Going in to the World T20 in Australia, we will know his (batting) position better," Gavaskar said on Pant.

"The way he (Pant) started his career in Tests, it was so good and it is obvious that he will be scrutinised. I think whatever is happening is for his good as he can rectify the mistakes he is making."