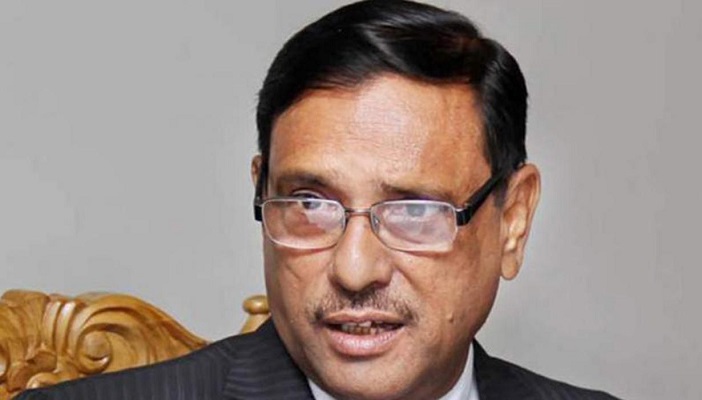 Awami League (AL) General Secretary Obaidul Quader on Friday said casinos were established during the BNP-led government, but they (BNP) had taken no action against casinos owners.

He made the remarks before reporters while speaking at a press conference at AL President Sheikh Hasina's political office in the capital’s Dhanmondi area.

Claiming that BNP made the capital ‘a city of casinos’, Quader, also the Road, Transport and Bridges Minister, warned of stern action against his party activists and leaders, if they might found involved in running casinos and gambling.

“The AL will take strict action against not only those of Bangladesh Chhatra League (BCL) and Jubo League (JL), who are involved in running casinos and gambling, but also the party men,” the AL general secretary said.

The RAB mobile court raided at a club in the city’s Motijheel area and sentenced some 142 persons in connection with running casinos, gambling and drug abuse on Wednesday.

Besides, Tk24 lakh in cash, foreign liquor and some casino boards were seized from the club.

Meanwhile, the elite force so far raided at least five clubs and sealed off three casinos in Banani, Motijheel and Gulistan areas.

According to media reports, there are 60 illegal casinos in the capital.