Jamaica Tallawahs fall on the SNP sword yet again 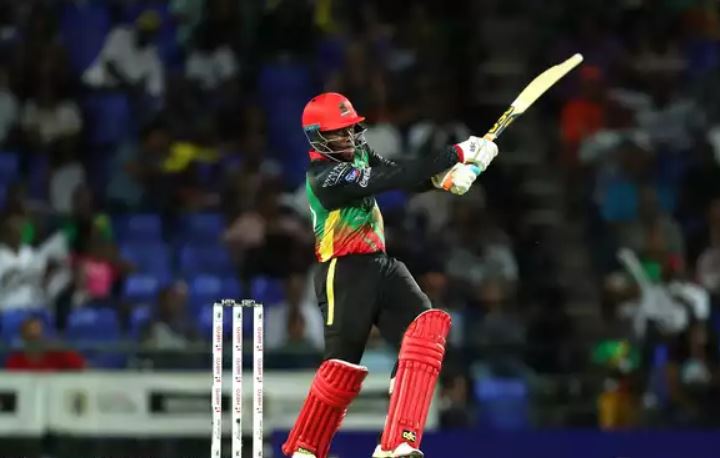 It is not often that Chris Gayle is captured expressionless in a T20 game. The Jamaica Tallawahs stared into the distance from his place in the dug-out, reflecting on how yet another fixture had slipped away from his team's grasp in a season that's turning quickly forgettable.

Having failed to defend 241 in an earlier fixture against St Kitts & Nevis Patriots, the Tallawahs once again let slip a winning position and succumbed to a 20-run defeat, their fifth in six games.

St Kitts were far from their best in the contest but had an inspired batting show from Fabian Allen to thank for their fourth win of the season.

When Carlos Brathwaite, captain and star of the Super Over win from two nights ago, fell in the 13th over of the first innings, the scorecard read a sorry 82/6. Gayle's decision to bowl had been vindicated by a collective bowling performance that kept chipping away at SNP despite Mohammad Hafeez's best efforts to hold the innings together.

But, as has been the case in their campaign so far, the Tallawahs let slip the initiative just as quickly as they'd earned it. Their failure to drive home the advantage was cashed in by an inspired Allen, who led a thrilling counter-attack with a steady Keron Cottoy for company. The assault began with a hat-trick of fours in the 16th over bowled by Afghanistan spinner Zahir Khan.

Shamar Springer and Jade Dernbach, who'd bowled solid opening spells in Tallawahs' sprightly start, lost their radar at the death and were smashed for 18 and 20 run overs respectively as Allen completed a 23-ball half-century. He eventually finished unbeaten on 62 off 27, having added 81 in the final overs with Cottoy to prop SNP to a challenging total of 176.

Jamaica's response got off to the worst possible start as Chris Gayle was shackled by a series of dot balls from Sheldon Cottrell before the batsman lost his cool and attempted an ambitious hook off a quick short ball. Cottoy settled under the top-edged skier to give the hosts an early setback. Alzarri Joseph then landed two blows in succession, taking out both Chadwick Walton and Dwayne Smith to leave Tallawahs three down inside the seventh over.

Glenn Phillips, the team's only consistent batsmen this season, led the recovery with a brisk counter but with support not forthcoming from the other end, it quickly turned into a one-man rearguard. Andre Russell's dismissal for a golden duck to Riyad Emrit was the penultimate nail in the coffin. The final one was the fall of Phillips himself. The New Zealander, having plundered his way to a 47-ball 87, fell to the pressures of an ever-increasing run-rate thereby snuffing out the last remaining hopes of a win.