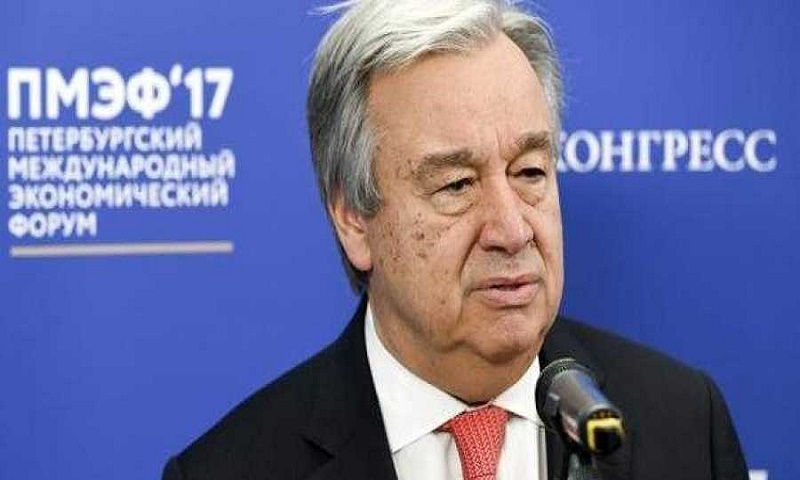 UN Secretary-General Antonio Guterres is likely to use the opportunity of discussions during the high-level UN General Assembly session that begins here next week to raise the Kashmir issue, the UN chief's spokesperson has said.

Spokesman for the Secretary-General Stephane Dujarric during the daily press briefing here on Thursday said that the UN chief has underscored the need for dialogue as the only way to resolve the issue and, as part of the solution for the current crisis in Kashmir, to make sure that human rights aspects are very much dealt with, as well, reports PTI.

"On Kashmir, the Secretary-General has said previously, he remains engaged. I think he will also use the opportunity of discussions during the General Assembly to raise it," Dujarric said, responding to a question on the situation in Kashmir.

On Wednesday, Guterres emphasised that 'dialogue' between India and Pakistan is an 'absolute essential element' for reaching a solution on the Kashmir issue, and said his good offices are available should both sides ask for it and called for full respect of human rights.

The tension between India and Pakistan escalated after New Delhi revoked Jammu and Kashmir's special status on August 5.

Pakistan has been trying to internationalise the Kashmir issue but India has asserted that the abrogation of Article 370 was its "internal matter".

Pakistan Prime Minister Imran Khan has vowed to raise the Kashmir issue at the UN General Assembly (UNGA) session in New York of USA on September 27.