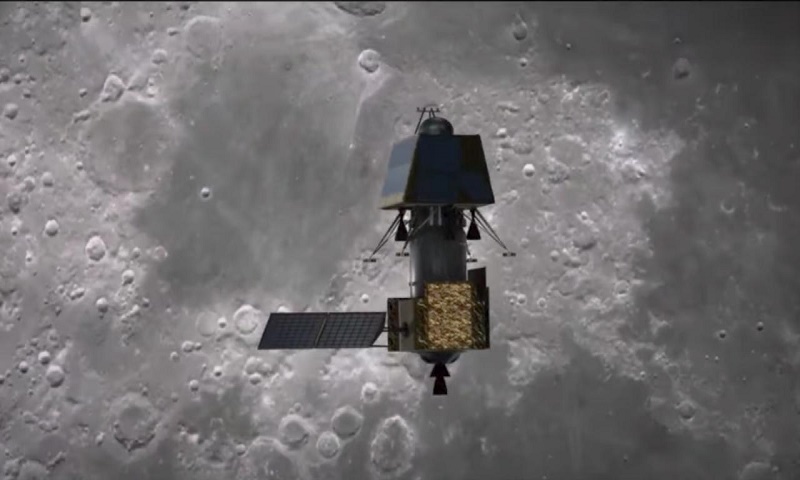 The Indian Space Research Organisation (ISRO) said on Thursday the orbiter module of the Chandrayaan-2 space mission was functioning normally and performing experiments as planned.

“A national-level committee, consisting of academicians and ISRO experts, are analysing the cause of communication loss with the lander,” ISRO said, in a brief statement on its website, reports The Indian Express.

The Vikram lander had failed its attempt to make a soft-landing on the moon’s surface on September 7. ISRO has said the orbiter module has located the lander and taken thermal images of it.

Meanwhile, PTI quoted the deputy project scientist of NASA’s Lunar Reconnaissance Orbiter (LRO), John Keller, saying that its spacecraft has snapped a series of images during its flyby on September 17 of Vikram’s attempted landing site.

In Thursday’s statement, ISRO said all the payloads on the orbiter – 8 – were “powered” and that initial trials had been “completed successfully”.