Kashmir crisis: How to read India's threat to Pakistan 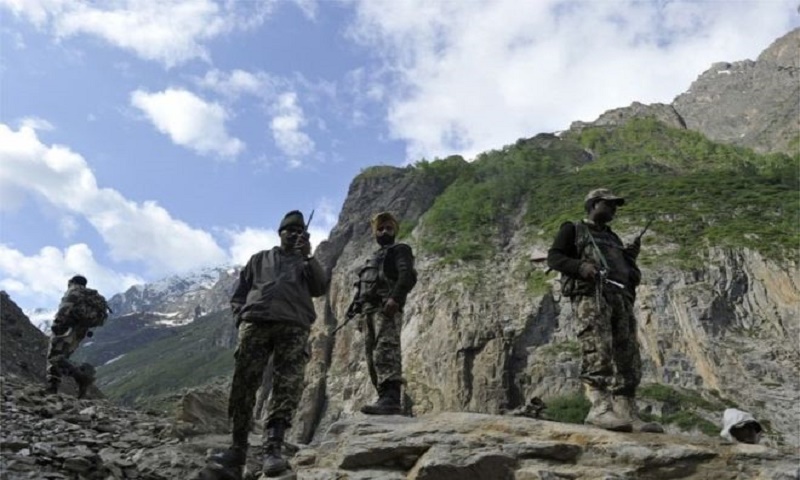 One of the world's most protracted conflicts is getting messier.

Delhi and Islamabad both claim Kashmir in full, but control only parts of it - territories recognised internationally as "Indian-administered Kashmir" and "Pakistan-administered Kashmir". More than four million people live in 10 districts spread over an area of more than 13,000 sq km (5019 sq miles) in the latter.

To be sure, Mr Jaishankar was reiterating a stated Indian position on the disputed region.

In 1994, the country's parliament adopted a resolution which demanded "Pakistan must vacate the area of the Indian state of Jammu and Kashmir, which they have occupied through aggression".

But many worry that this time there could be more to these utterances than what meets the eye.

The three are members of the high-power cabinet committee on security, the final decision-making body on India's national security. India has also said it may re-evaluate its long-standing "no-first use of nuclear weapons".

So is India merely upping the rhetoric weeks after stripping Indian-administered Kashmir of its autonomy and days ahead of what many say a possible face-off with Pakistan at the UN? (Across the border, Pakistan has also raised the ante on Kashmir. ) Or is it a serious threat of taking the region?

"Both Indian and Pakistani leaders say things they don't mean to score political points," Husain Haqqani, former Pakistani ambassador to the US, told me.

"It is most likely that Indian politicians are making such statements to try to create a new issue to counter Pakistan's narrative over India's poor human rights record in Jammu and Kashmir."

Not everyone is so sure.

They point out that Mr Modi has been following a muscular policy against Pakistan.

In February, India launched air strikes against militants in Pakistani territory in response to a suicide attack in Kashmir which killed 40 Indian soldiers. Pakistan-based Jaish-e-Mohammad (JeM) group had said it had carried out the attack.

The strikes were the first launched across the line of control - the de facto border that divides the region - since a war between the two countries in 1971.

And in September 2016, Mr Modi hit the headlines after ordering "surgical strikes" on militants across the same border. This was a response, India said, to an insurgent attack on an army base, which killed 18 soldiers.

The recent Indian utterances on Pakistan-occupied Kashmir, as India prefers to call the region, "must be taken seriously by anyone studying conflict escalation paths in the subcontinent," says Suhasini Haidar, diplomatic editor of The Hindu newspaper.

The two nuclear-armed rivals have already fought two wars and a limited conflict over Kashmir. Stephen Cohen of the Brookings Institution has argued that the fact that the two countries have more than 250 nuclear weapons between them has driven the conflict underground with each side testing the patience of others and limits of deterrence.

But there has been a major escalation in hostilities on the border this year and the 2003 ceasefire has been under growing pressure in recent years.

India's home ministry says there have been over 2,000 "unprovoked" ceasefire violations across the de facto border by the Pakistani army so far this year, in which 21 Indians have lost their lives. Pakistan says more than 45 people, including 14 soldiers, died in firing by Indian forces from across the border in 2019.

Ceasefire violations on the border, according to Happymon Jacob, a professor of diplomacy and disarmament studies at Delhi's Jawaharlal Nehru University, can lead to "political rhetoric, military posturing, and diplomatic standoff, which can lead to more cease fire violations and even more escalation".

Any which way, India has to exercise the military option to physically take Pakistan-administered Kashmir. Pakistan is not likely to give it away unilaterally or under any external pressure, of which there is very little.

"Such an Indian aspiration would seem very ambitious - and long term," Christopher Snedden, author of Kashmir: The Unwritten History, told me.

"Not only such an ambition actually lead to war, India would also need to provoke Pakistan into firing the first salvos, so that Delhi could justify such a massive undertaking."

So is this nothing more than a continuation of a worrisome war of words between nuclear-armed neighbours?

First, "to divert attention from the grim reality in the Kashmir valley", which has been in a lockdown for more than a month now.

"Secondly, to "unbalance Islamabad by diverting the international narrative on Kashmir. And thirdly, to create a sense of hopelessness in the minds of Indian Kashmiris and [to convey the message]: Resistance is futile."