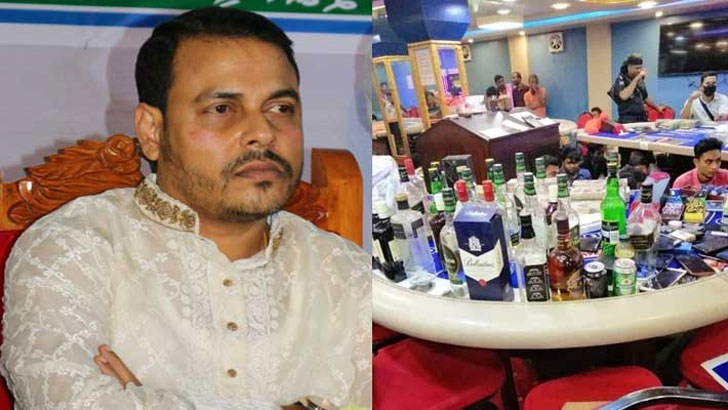 The cases were filed on Thursday noon against him following allegations of keeping arms, liquor and money laundering.

Earlier on Wednesday evening, the law enforcers arrested him from his Gulshan residence in the city as he was allegedly involved in running the illegal ‘Casino’ at Young Men’s Club at Fakirapool in Dhaka.

During the arrest of Khaled Mahmud, the law enforcers recovered arms and yaba pills from his possession. In addition, RAB recovered prohibited substances including alcohol from his Casino at Fakirapool.