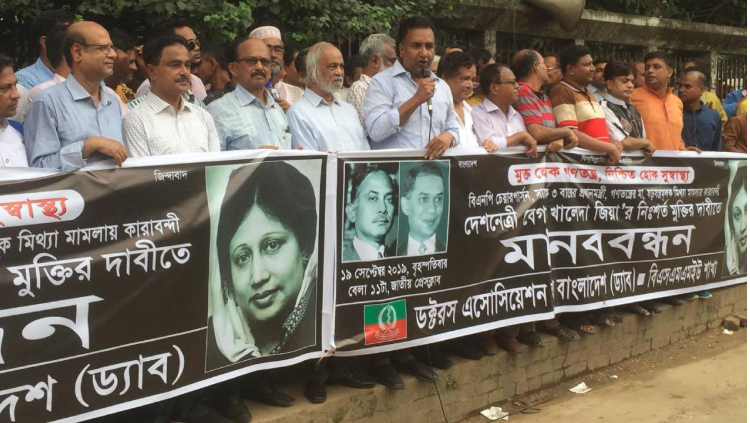 In the wake of crackdown on illegal casinos in the city, BNP senior leader Dr Abdul Moyeen Khan on Thursday alleged that the government has turned Dhaka into a city of casinos like that of Las Vegas, USA.

“We earlier heard that Bangladesh would be upgraded into a developed country like Singapore. I want to say the government has turned Dhaka city into a city like the United States ‘gambling and sin city of Las Vegas, one step above Singapore,” he said.

Dr Moyeen, a BNP standing committee member, came up with the remarks while speaking at a human-chain programme arranged by Doctors’ Association of Bangladesh in front of the Jatiya Press Club, demanding BNP chairperson Khaleda Zia’s release.

On Wednesday, elite force Rab raided some clubs in the city and detained and sentenced at least 182 people in connection with running “casinos”, gambling, and drug abuse.

Dr Moyeen said Dhaka was built 400 years back during the rule of Mughuls, and later it learned the name of a city of mosques, but that city now has become a city of casinos.

“The government says they’ve turned Bangladesh into a middle-income country. If Dhaka city becomes Las Vegas due to the push of a middle-income sample, I’ve no idea where the city will go when this country becomes a developed one,” the BNP leader quipped.

He alleged that the government has fooled people with its false and deceitful remarks about the country’s development. “They claim we’re on the crest of development where the ethics and morals of people are washing away with the tide of development?”

He alleged that the government has kept Khaleda in jail unfairly in ‘false’ cases as she raised her voice in favour of democracy.

Moyeen urged people to get united to oust the current ‘autocratic regime’ through a democratic movement and free Khaleda from jail. “Let’s take a vow to stay on the streets until Khaleda Zia is released.”