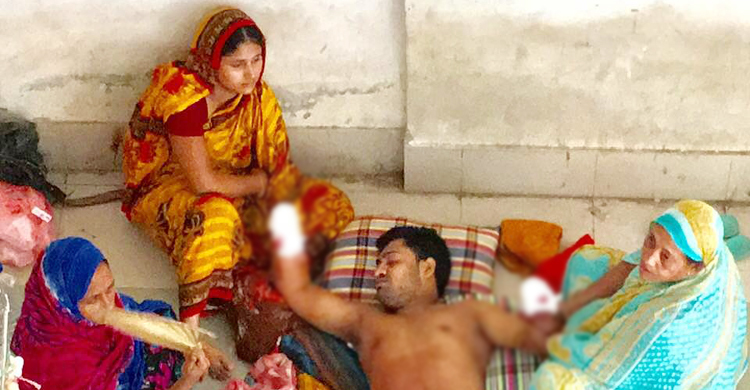 Followers of Uzirpur Union Parishad Chairman of Chapainawabganj allegedly chopped off two hands of a Jubo League activist over ghat (levee) grabbing in Naylabhanga area under the union on early Thursday.

The victim was identified as Rubel Hossain, 30, son of Khoda Box of the area. He is an active activist of local Jubo League unit.

Rubel Hossain was sent to the Rajshahi Medical College and Hospital (RMCH). He is currently undergoing treatment at ward-31 of the hospital.

He said, “There had been a longstanding rivalry between me and Uzirpur Union Parishad chairman Fayez Ahmed over a ferry ghat of the Padma river under Uzirpur union.”

The followers of Chairman Fayez Ahmed picked him up blindfold from Naylabhanga area and chopped off his hands, he alleged.

Tariqul Islam, member of Uzirpur Union Parishad, said, “A rivalry over establishing supremacy at the ghat was continuing between them for a long time. I have heard the incident that Rubel was picked up and his hands were chopped off over this rivalry.”